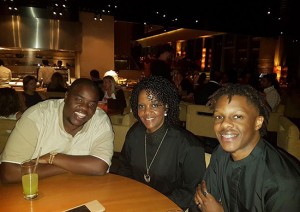 “We are demonstrating against the money that was given to Grace Mugabe and Wicknell Chivhayo by ZETDC and also the recruitment of Owen Mavhengere as the company auditor without an interview.

“The reason for employing him was to silence not only him but also the entire audit report so we are calling upon the authority especially the head of state to take action to Chifamba and his crew on how they employed that auditor.

“This year they also recruited another auditor called Pride Chakasisa without an interview as well which is now affecting service delivery as you can see that many workers were fired for prepaid meters tenders and obviously that was a situation set on them.

“The public only knows that Chivhayo was given $5.8 million but the entirety of the content of his contracts was worth about $640 million and this clearly shows that ZESA management was mis-using their power.

“We are also demonstrating against the labor matter whereby ZESA did not pay its employees since 2012 while the bosses enjoys luxurious lives and it was easier for Chifamba to liquidate the money to Chivayo, Psychology Mazivisa ,Oscar Pambuka among others,” he said.

“There are many allegations within the ZESA corridors some which have been proven and some still yet to be and this is why we are saying on the basis of these allegations, the government should come in and carry an investigation using all its arms.

“We are told that for a long time ZESA money and assets were being applied on partisan and political basis whereby workers are complaining that some of the donations that were given to Grace Mugabe were to acquire political power so there is need for investigation to see how deep this was.

“We also need investigation about the public relations consultancy job given to Mazivisa and Oscar Pambuka maybe the management have a reason to justify it but besides that they were supposed to come up in the open for the citizens to know,” said Mutasa.- 263chat