There is a widespread assumption that presidents in Africa who rule for long do so out of personal greed for power. This accusation has been made against Robert Mugabe who ruled Zimbabwe for 37 before he was forced to resign recently. It is also the accusation against President Yoweri Museveni of Uganda as the ruling party seeks to amend the constitution and remove age limits so that he can run for the presidency in 2021. Yet when individual cases are examined closely, one finds the reality much more complex and nuanced. Let me illustrate. 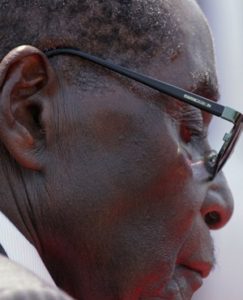 In August 2008, while attending the Australian Davos Connection conference on the Hamilton Islands in the Pacific Ocean, I met a man called David Coltart. He was a legislator representing the Movement for Multiparty Democracy in Zimbabwe led by Morgan Tsvangirai. We were invited to a private dinner with the Prime Minister of Australia, Kevin Rudd and two other people.

Coltart told us that in the March 2008 presidential elections in Zimbabwe, Tsvangirai got 50.7% while President Robert Mugabe got 43.2%. Even before the results were officially announced, Mugabe sent a team to discuss a transition with the MDC. The two sides met for two days. On the third day the MDC team went to the venue but the government side did not show up.

They tried to reach their counterparts by phone in vain. Later they learnt that the top brass of the ZANU-PF and the security services led by Emmerson Mnangagwa (who had led Mugabe’s campaign), which also included army chief, Gen. Constantino Chiwenga, went to Mugabe and asked him why he was “abandoning them.” Mugabe told them he was not abandoning them. He said they had simply lost an election. No problem, they told Mugabe; we can change the results. And they did.

When the results finally were announced after a month, Tsvangirai had 47.9 against Mugabe’s 43.2%. This called for a second round. The state unleashed such violence and terror against the MDC that Tsvangirai pulled out leaving Mugabe to run alone and win by 85.5%. Mnangagwa was accused of orchestrating the violence.

This story is instructive. It shows that Mugabe’s confederates in ZANU-PF and the security services saw his conceding electoral defeat and handing power to a victorious opposition as betrayal. In agreeing to hold on to power, Mugabe was actually acting more out of group than personal interest.

This screengrab from Zimbabwe Broadcasting Corporation (ZBC) taken on November 16, 2017, shows Zimbabwe President Robert Mugabe (2R) as he poses alongside Zimbabwe Defence Forces Commander General Constantino Chiwenga (R) and South African envoys after the army took power.
Secondly Mnangagwa, together with Chiwenga are today hailed as the new messiahs who ended Mugabe’s long rule. Yet they were the ones responsible for stifling a democratic transition in 2008. Indeed, Mugabe was more as a hostage of their power than its architect. And when he sought to initiate a transition to a young generation using his wife, they kicked him out.

Therefore, the celebration of Mugabe’s fall by many Zimbabweans, African elites and the Western media is misinformed. Mnangagwa and his conspirators do not represent a transition of power but maintenance of the status quo. Paradoxically, Mrs Grace Mugabe and her confederates in the G40 represented some form of a transition from the old guard in ZANU-PF.

The coup makers made it clear that their aim was to protect the power and privileges of the ZAPU-PF old guard. The Western media welcomed this non-transition because now they can bribe Mnangagwa with “aid” and removal of economic sanctions so that he can return property confiscated from whites or compensate them. The price will be to hand that country back to multinational capital, not to the people of Zimbabwe.

The lesson is that there are often more complex social dynamics behind political decisions in Africa. Yet most of our commentary tends to reduce such decisions to “personal greed” by presidents. We accuse our leaders of personalising power yet it is us personalising political decisions. We are too lazy and biased to dig beneath the surface and see the actual dynamics shaping our politics. Most of what we have is not knowledge but prejudice; and what goes for analysis is mere speculation.

African academics, politicians and journalists write very few, if any, books. And when we do, we use concepts, adjectives and tropes borrowed from Western academics and journalists who write about Africa. Yet these Westerners rely largely on their prejudices to write about Africa. Thus, even when we have facts, we don’t use them properly to explain why a particular decision in an African country was made.

All too often when analysing politics in Africa, we speculate about “what must have happened” instead of relying on “what actually happened”. Preconceived biases about leaders in Africa become a substitute for knowledge. Hence, existing “knowledge” about African leaders clouds rather than illuminates our understanding of the continent’s politics.

This is not to say leaders in Africa are not power hungry. Rather it is to argue that their individual preferences play a much more limited role compared to the collective interests of the groups they represent. And while our leaders make mistakes, these mistakes when carefully examined, are rarely stupid. It is easy to imagine that we or our preferred politicians would not have acted differently. This is rarely true. When examined closely, political leaders are rarely free actors. Their decisions are imposed upon them more by circumstances than by their personalities.

Look, postcolonial Africa has had 278 changes of leaders. Almost all of them – whether democratically elected politician, nationalist leader for independence, revolutionary hero of an armed struggle, an upstart hoisted to power by a popular insurrection, a military coup maker or peaceful successor to the death of an incumbent president – has come to power promising democracy, honest government and development. Nearly all our countries are still poor and corrupt today. Africa has not produced a South Korea.

If only 20% of our countries for 20% of the time were characterised by poor performance, we would say Africa has a political problem. If 40-50% of our countries for 40-50% of the time performed poorly, we could say Africa has a serious political crisis. But when 80-90% of our nations for 80-90% of the time perform badly, and when these problems remain in spite of 278 changes of leaders over a period of 60 years, and seem impervious to changing political systems, means of acquiring power etc., then the causes must have deep structural roots. We need to begin an entirely new conversation about politics in Africa. It is time to break the chains of the intellectual diet we have been fed about it.