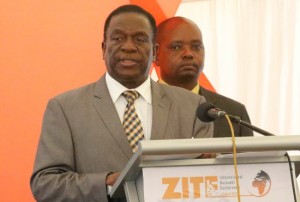 Masuku told the state media that hero worshiping leaders makes them believe that they were gods.

Like what they were doing  to the former President Robert Mugabe who they were equating with God, senior Zanu PF officials have already started doing the same to Emmerson Mnangagwa who took over power from Mugabe two weeks ago.

Josiah Hungwe, the Masvingo provincial Affairs minister recently hero worshiped Mnangagwa at a meeting which he held in the province.

“  Those individual praises create gods out of leaders yet leaders are part of the people. We’re to blame because a leader does not praise himself or herself, it’s us who shower him or her with praises. I wish you could emphasise this, when a leader has been appointed, our people should stop destroying the leader by giving him or her praises to an extent that he or she sees himself or herself above the people,” she said.