Ex- finance minister and Zanu PF Mutoko South MP David Chapfika is set to lose property worth $1 500 as recompense for legal fees arising from an ongoing divorce case before the High Court. 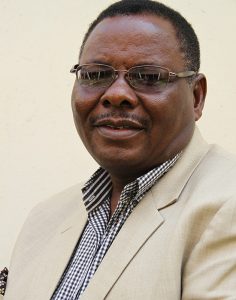 Chapfika is divorcing with his wife of 33 years Abina Chapfika (nee Mutimusakwa) following adultery allegations against the politician.

He has since been ordered in the interim to pay $500 maintenance every month to Abina, pay electricity and water bills, buy groceries, pay medical bills, pay her domestic workers and pay for her motor vehicle maintenance until the case is concluded.

Chapfika was further ordered to pay a contribution of $1 500 in legal fees, which has culminated in a writ of execution being issued for his property to be attached.

“You are required and directed to attach and take into execution the movable goods of the applicant (Chapfika), at No. 10 Aintree Road, Highlands, Harare and of the same to be realised the sum of $1 500 which respondent recovered by a judgment dated July 14, 2017, besides all your costs thereby incurred.

“Further to pay to the said respondent’s legal practitioners the sums due to it as above mentioned and for your so doing this shall be your warrant,” the writ of execution reads.

The main application is yet to set down for hearing.

Abina through her lawyers from Muhonde Attorneys, filed for divorce demanding $2 000 maintenance every month, claiming the marriage has irretrievably broken down.

“The defendant (David) has improperly and immorally associated with other women to the extent of having extra-marital relationships, the last known of which resulted in him violating the Marriage Act by contracting a polygamous customary marriage with another woman, whose particulars are unknown to plaintiff,” Abina said.

Abina accused David of siring three children out of wedlock and refusing to terminate the “illegal” marriage.

“The defendant has accordingly committed bigamy, which does not only offend against the laws of Zimbabwe, but plaintiff (Abina) finds unacceptable and incompatible with a normal marriage relationship,” she said, adding that the two have not lived as husband and wife for the past two years.

“The defendant has treated with and/or subjected the plaintiff to emotional, verbal and psychological abuse and harassment resulting in stress, untold suffering and mental anguish, all of which the plaintiff finds incompatible with the continuation of a normal marriage relationship,” she said, further stating that she had lost love and affection for David.

Among some of the properties that the two acquired together are Lot 1 of Subdivision A of Lot 222 Highlands Estate of Welmoed, the Remaining Extent of Lot 124 Athlone Township of Green Grove, Hurudza Farm along Shamva Road, five motor vehicles — a Jeep Grand Cherokee, Toyota Vigo,

Abina demanded 50 percent shares in Racewin Trading (Private) Limited and on all immovable properties, unconditional and undisturbed use of 200 hectares at Hurudza Farm among other items.

She is also demanding custody of their child born in 1998. In addition, she wants David to pay school fees and other requirements for their child until completion of university education.