Cape Town - Chris Morris and Dale Steyn make their return to multi-day cricket after lengthy injury absences for the SA Invitation XI to play Zimbabwe in a three-day day/night tour match at Boland Park from December 20-22. 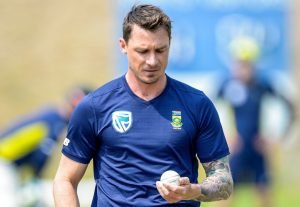 AB de Villiers, who only played one Sunfoil Series game at the start of the season will also be given the opportunity to get into long format cricket form.

A fourth member of the Proteas Test squad, Temba Bavuma, will also be given the opportunity for more game time with the rest of the squad being made up of players who have done well in either franchise or the Sunfoil Cup Provincial 3-day competitions.

“Chris and Dale both missed the first five rounds of the Sunfoil Series through injury while AB was only available for one match,” commented Cricket South Africa (CSA) National Selection Panel convener Linda Zondi.

“This is an ideal opportunity for all three to get back into the multi-day arena.

“Temba only got limited batting time during the Sunfoil Test Series against Bangladesh because of the dominance of our top order and we feel he will benefit from spending more time in the middle.

“These matches also provide opportunities to explore our talent development pipeline. We were very pleased with the way a similar squad performed against Bangladesh when they managed to lead on the first innings with Michael Cohen, Shaun von Berg and Zubayr Hamza being among those who excelled and they will all get another opportunity.”