Harare - Internet usage is booming in Zimbabwe, but experts and researchers say cyber freedom in the country is under “state capture” as the Zanu-PF government is constricting social media and internet freedoms. 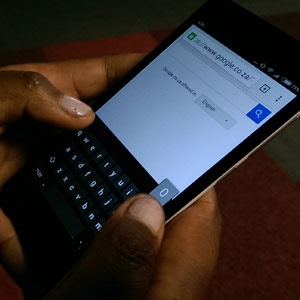 “The active internet penetration rate increased by 0.9% to reach 49.5% from 48.6% recorded in the previous quarter following a 1.9% increase in active subscriptions,” said the Posts and Telecommunications Regulatory Authority of Zimbabwe in an industry report for the third quarter of 2017 released on Wednesday.

It adds that Zimbabwe’s “mobile penetration rate increased by 3.5% to reach 100.5% from 97% recorded in the previous quarter following a 3.7% increase” in mobile user subscriptions. Zimbabwe has three mobile phone subscribers – Econet, Telecel and NetOne – in addition to fixed phone operator TelOne, which also offers internet services.

However, a research study by the Zimbabwe Democracy Institute (ZDI) entitled The State of Internet Governance in Zimbabwe calls on private internet service providers in Zimbabwe to “protect the privacy of service users and adopt technologies that hinder interference” by the state.

“Zimbabwe currently suffers the machinations of an authoritarian regime that fears freeing the private media, social media and the internet in general in belief that doing so will prevent possible public scrutiny, transparency, criticism and exposure of its maladministration crimes to the electorate and consequent electoral defeat,” said the report published by ZDI.

“Internet freedoms in Zimbabwe are currently under state capture. Findings of the study identified three key pillars in the Zimbabwean government’s strategy for stifling internet freedoms and these are: (i) deliberate increase of data costs, (ii) reliance on repressive legislation and, (iii) deployment of repressive state institutions,” added the report.

This was having an impact on Zimbabwean journalists, social media movements, human rights defenders and pro-democracy political players who “have been silenced or deterred” online.

The Posts and Telecommunications Regulatory Authority of Zimbabwe, the ICT ministry, the ministry of home affairs and the Zimbabwe Republic Police have been cited in the report as the government departments and machinery the state is using to curb online freedoms.