It now looks as if Jacob Zuma’s days in power are nearing closure. He simply can no longer carry on as if it was business as usual. The weight of the 800 odd charges of corruption and the allegations of State capture are simply too much and the increasing pressure from the Party structures and the new leader of the ANC itself, will, sooner rather than later lead to him leaving the State House in Pretoria. 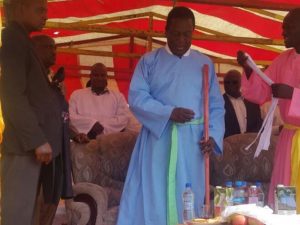 In Zimbabwe the November coup seems a long way behind us and the new leadership are trying desperately to present an image of “all change”. This campaign was launched immediately he took over and intensifies this week with his attendance at Davos – a first for a Zimbabwe leader. Significantly Ramaposa will join him at the World Economic Forum.

In my Constituency on Saturday I spoke of Mnangagwa having caught the Zanu PF bus. He found it has no wheels, its engine hardly able to function and no fuel in the tank. He also found the driver at the wheel, unable to see over the edge of the windscreen, pretending to be driving by moving the steering wheel and making sounds to give the impression his engine was running. Removing him from the driver’s seat was easy, one pull and the old man was lying on the pavement, outside the bus and unable to get up. Getting into the driver’s seat was also easy, but the realities of his position when he tried to turn on the engine, mounted by the minute. He climbed down and did a quick inspection – no wheels, was an immediate concern, lift the bonnet and this revealed an old engine, barely bale to run itself, let alone pull the bus. Then there was the problem of no fuel.

He has started by painting the bus, while he is at this he found that the occupants of the bus are noisy and demanding that he continue with the promises of the old driver. He has tossed a few of the more vociferous passengers off the bus, but many remain. His main problem is one of branding, he needs to rebrand, but the co-owners will not allow it and because of the process that he used to capture the bus, he does not have the power to rebrand in any significant way.

So, he is talking – a massive interview with the Financial Times – 15 pages!! He is talking to anyone who will listen, and the message is clear, “I am going to do everything that is needed to get this bus working properly and in a shape to attract back the passengers the company has lost in the past 37 years of chaotic management”. He does not have any time – in 5 months he faces the electorate in a National Election. It is a tall order and Zimbabweans are cautious – happy to hear the new rhetoric but not trusting the messenger.

The new team taking over this old broken bus are certainly working hard; the pace of change is bewildering. Ministers come to work in the early morning, are demanding performance from staff and parastatals under their purview. The President himself has made sweeping promises – a free and fair election in July, the Indigenisation Act brushed aside, the new Minister of Mines hauling the Portfolio Committee from the House out to a hotel where they had to huddle down to review the Mines and Minerals Act before Davos so that he can assure potential investors in this sector that all outstanding issues impeding progress are being dealt with.

The Minister of Finance producing a revised budget in three days – demonstrating that its not business as usual. Claiming that the fiscal deficit (12 per cent of GDP in 2017) will come down to 3,5 per cent in 2018. A 25 per cent growth in revenues – in a 4,5 per cent growth in the economy!! All very good and even the IMF is mildly surprised at the talk and actions taken and promised. The business Community, eager to make progress has been enthusiastic.

The danger of raising expectations is that if you disappoint or cannot deliver, the backlash will be serious. In the House of Assembly last week, the Government was attacked for appointed obviously corrupt people to the new Cabinet. It was argued that if the President does not clean house, he runs the risk of being contaminated.

What confronts the country is a stark choice in July 2018? Can Emmerson Mnangagwa get that old bus running and will it be able to provide a decent and comfortable ride for passengers? Or will the task of getting that pile of junk working just prove to be too much. It would be much easier to simply buy a new bus, but no one will fund that transaction until our credit ratings – political and economic are back in the black. It’s the old chicken or the egg problem.

In the meantime, the opposition is still trying to find a bus? All they have right now are a whole fleet of grubby, mini busses with rowdy touts calling out to the population that they should climb on board. It is still possible that they can get their act together, but it is a tall order given the time left and I doubt that the new Government will allow a delay in the date for the plebiscite. It’s is just not in their interest.

I am not pessimistic about this situation because for the first time since 1980, the population has a reasonable voters roll, access to the ballot under reasonable conditions and a vigilant international community who want to ensure that this time, people will vote freely.

For the first-time people have a real choice and I trust ordinary Zimbabweans to make the best choices as to who will represent them in the new era that follows this election. The outcome might come as a shock to everyone. The new voters roll is two thirds people under 35 – this is not just an opportunity to change the guard but to bring a new generation to power. The sun sets on my generation and perhaps this is the most exciting aspect of this race between busses.

On a more mundane issue we are in the grip of a protracted mid-season dry period. This happens on a regular basis but is never the less, nerve wracking. The cause – several tropical cyclones in the area of Madagascar. It is raining to the north of us and to the south, but day by day the skies in Zimbabwe are a brilliant blue, great for the tourists but tough for our farmers.

This means that about half our population will need food aid – more pressure on the budget but also giving those in power leverage over rural populations.