We Purchased Them With Our Own Cash 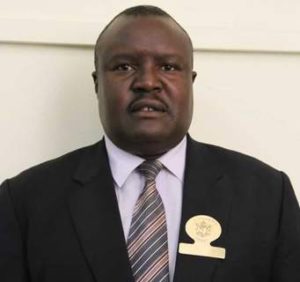 Zimbabwe’s Chiefs have vowed never to apologise for the expensive twin cab vehicles purchased for them by government. The Chief President Fortune Charumbira said in fact they themselves purchased the vehicles with their own money they have been contributing since 2004.

President Emmerson Mnangagwa recently handed over 52 vehicles, part of a large fleet of 283 to traditional leaders around the country.

Chief Charumbira is quoted in the state media saying the vehicles were necessary for the dignity and respect of the chiefs, and the money used to buy them is their own.

The development is set to contradict recorded conversations in ZANU PF over the last few months which saw the Lacoste and the G40 factions on each others’ throats. Those statements appeared clear on running battles between the two factions over the matter of rewarding the chiefs.

“We are unapologetic about the cars we received from President Mnangagwa recently. Those vehicles are necessary for the status, dignity and respect of the traditional leaders. If anything, we deserve those cars more than anyone else in this country.”

“Contrary to popular belief that we were given the cars for free, we actually bought them with our own money. People are just ignorant about this whole thing. The cars were purchased with the money we have been contributing towards the Chiefs’ Vehicle Scheme since 2004. We did not get them for free,” he told the state media.

Chief Charumbira told hundreds of villagers who were gathered that traditional leaders must be taken care of, as stated by the Constitution.

“It’s you who designed the new Constitution, the same document which states that chiefs should be dignified and exemplary. Now we are given cars, you question why it is done.

“If a politician gets a car you do not question, but a chief, you start saying a lot of things. What is the difference? After all a politician only lasts for a short period of time, yet a chief is there for life,” he said.

He urged villagers in Zhombe to live in unity and peace regardless of one’s political affiliation.

“I urge you all to live together in peace and unity. Violence has no place in this new dispensation and anyone found wanting will be dealt with. This is not the time to fight, but the time to build our communities”. – State Media