The European Union (EU) Harare delegation said it was optimistic that the President Emmerson Mnangagwa administration, would reform the public media ahead of this year’s national elections so all contesting political parties get equal coverage when campaigning. 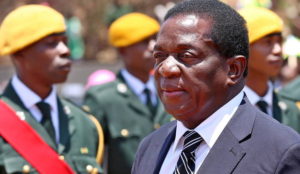 The ruling Zanu PF party since the birth of the country’s strongest opposition ever,the MDC,in 1999 has been manipulating the public media during election time.

Mnangagwa who toppled Mugabe with the assistance of the military, late last year said he was ready to deliver a free and fair election.

Addressing members of the civil society, diplomats and journalists at the end of year dialogue which was organized by MISA Zimbabwe and his office, in Harare recently EU ambassador to Zimbabwe, Philippe Van Dame said he was hopeful that President Mnangagwa would democratize the media.

“Historically, elections in Zimbabwe have been held under constraint conditions with lack of media diversity, a polarized mainstream media as well as skewed rural access to information and it will be interesting to see under the new dispensation if that will change in terms of the public media ,” said the western envoy.

EU said they were also hoping that the new government would repeal all the draconian laws that the former President Robert Mugabe used to stifle people’s freedoms with.

Laws such as the Public Order and Security Act (POSA) which Mugabe used to bar peaceful demonstrations and Access to Information and Protection of Privacy Act (AIPPA) , ambassador Van Damme said had no space in democracy.

“These media and security related laws still need to be aligned as they remain repressive, limit the freedom of expression and access to information, and under the new dispensation there may be an opportunity that needs to be searched in light of interview of the minister of information who is also the special advisor to the President, Christopher Mutsvangwa soon after the inauguration of President Mnangagwa,”he said.