Industry and Commerce Minister Mike Bimha said the reduction in fuel prices was going to result in the lowering of prices of basic commodities. 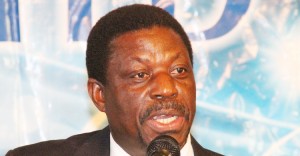 Bimha told the state media during the ongoing 48th edition of the World Economic Forum (WEF) in Davos, Switzerland that government still had a lot of work to do to stabilize the economy.

“Very much so because a lot of things that Government is already doing will have an impact on the business environment,”he said.

“The issue (entails) looking at efficiencies in terms of Government, looking at the whole reform on parastatals and which I am sure if we continue with the momentum and this pace will have positive impact on the overall business environment.”

Zimbabwe has lately experienced wanton price increases, which have partly been blamed on high cost of doing business, including cost emanating from high prices of fuel and premiums charged on hard currencies on the black market.