Finance and Economic Planning Deputy Minister Mr Terrence Mukupe has waded in to clarify reports that the new government is selling off parastatals which include the airliner, Air Zimbabwe. 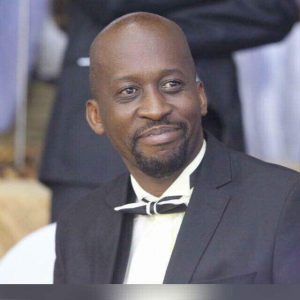 The development comes after an advert was flighted in which several state enterprises were listed including Air Zimbabwe and the National Oil Company of Zimbabwe.

Minister Mukupe yesterday told the state media that line ministries had been directed to come up with comprehensive and exhaustive information on how the SOEs have been faring, including recommendations on the way forward.

“Our thrust is to reduce pressure on the fiscus by letting go of non-performing parastatals that are better served in the hands of private investors with the necessary capital,” he said.

“Minister (Patrick Chinamasa) in his 2018 National Budget said we are going to dispose of non-performing parastatals and right now line ministries are identifying businesses and companies that we can offload. It is public knowledge that some of these companies are already on the market and some are looking for investors. This is part of the line ministries’ 100-day plan and within the next week they might be giving feedback to us on the companies they need to dispose of.”

He added that while a policy on privatisation existed, the process was being implemented haphazardly.

“Now, there is nothing like the Privatisation Agency of Zimbabwe but we have a State Enterprises Restructuring Agency (Sera). Some of these things were being done haphazardly, and now line ministries have been directed to identify companies that they want to get rid of and need investors, then we work from that position and offload these entities,” he said.

Mr Mukupe however noted that the process didn’t entail wholesale disposals, as line ministries would have to come up with information memorandums stipulating the percentage that could be sold from respective entities. Information memorandums are documents drafted in order to market a business to potential investors.

“We are going to sell from one percent to 100 percent shareholding, but there are certain ones (firms) which are of strategic importance to us and those we cannot sell 100 percent,” Deputy Minister Mukupe said.

In his budget presentation last month, Minister Chinamasa said parastatals that exhibited potential “will be reformed, while those which cannot be rehabilitated will be privatised or face outright closure. Our public enterprises remain a drawback through their inefficiencies, with their contribution to the economy down from around 60 percent to current levels of about 2 percent,” said Minister Chinamasa.

“Their inefficient operations are a drain on the Budget, over and above serving to worsen the high cost of doing business in the economy. Despite the under-performance of these entities, management at most parastatals continues to enjoy huge salaries and benefits, which breach Cabinet’s directive of packages not to exceed 30 percent of total revenues,” he said.

The 2016 financial audits show that 38 out of 93 parastatals incurred a combined $270 million loss due to weak corporate governance practices and ineffective control mechanisms.

Currently, a few SEPs, including Agribank, TelOne, NetOne, the National Oil Company of Zimbabwe (NOIC) and the National Social Security Authority, are doing fairly well and have published their audited results. The same cannot be said of entities such as Zupco, the National Railways of Zimbabwe and Zesa that struggling and rely on Government support.