MDC T has urged the international community to remain ceased with the Zimbabwe situation following pronouncement by the European Union that it is willing to re-engage Zimbabwe. 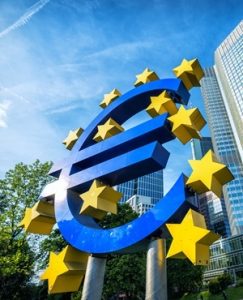 EU is warming up to the new administration of President Emmerson Mnangagwa after the president promised free and fair elections and appealed for the international community to send election observers.

Below is full statement by the MDC T party

Council of the European Union – Conclusions on Zimbabwe

1.The MDC notes the conclusions on Zimbabwe released by the General Secretariat of the Council following adoption by Council on 22 January 2018.

2.We take comfort from the ongoing interest of the international community on the events in Zimbabwe, particularly as the country readies itself for harmonised elections later in the year.

3.The democratic movement in Zimbabwe continues to demand key reforms, paving the way to legitimate elections and in this respect, welcomes the EU’s attitude to constructive engagement on human rights, democratic principles and rule of law.

4.On these issues the MDC notes that pronouncements by the administration of President Mnangagwa are no more than statements of intention, yet to be implemented, in good time for the coming elections.

5.We urge the international community to remain ceased with the Zimbabwe situation, giving regard to the active involvement of any national institutions, specifically precluded by the Constitution from involvement in partisan politics and the election itself.

6.This is a major issue, in addition to those contained in the EU statement, and has the potential to undermine the democratic process in this and future elections.

7.Zimbabwe has needlessly been robbed of the opportunity to hold its own among the family of nations by omissions and commissions solely of its own making. Bold implementation of political reforms is a necessary step to viable and sustainable economic reforms.