President Emmerson Mnangagwa must not change election dates of his own accord. 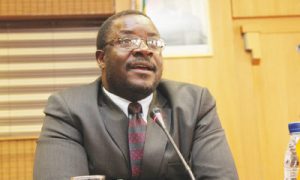 By Open Parly| The Election Resource Centre (ERC) says the decision to change dates for the 2018 general elections should be based on the effects of rushed election and not mere political discussions.

A few days later, President Mnangagwa was quoted in local newspapers to have said the ailing MDC-T leader is the one who had asked for election postponement until 2021 instead.

Addressing the media at a press conference, ERC director Tawanda Chimhini said it is only issues related to credibility of elections that can warrant postponement.

“It would make more sense if there was an insistence of postponing an election on the basis of credibility of a rushed election so that is our view, if there is any conversation that should happen regarding changes in election dates it must be purely on the argument that rushing into an election will not allow us to have a free and fair election and that must be something Zimbabweans are allowed to have a conversation.

“We have seen countries that have postponed elections purely on the basis elections commission had come forward and said if we rush through an election the quality of our process is going to be compromised but that is not a narrative we have seen from our election commission,” he said.

MDC-T has since rubbished claims that Tsvangirai wants election postponement following uproar from Zimbabweans who believe the polls will help bring the much needed sanity to the country.

In his inauguration speech on November 24, 2017 at the National Sports Stadium, President Mnangagwa had indicated that elections would go ahead as scheduled but some political analysts are of the opinion that the President now fears surprises from the new generation voters.

In his petition Mukwazhi said the country is not ready for the polls and the legislature should put in place a motion for postponement.

“We demand the Parliament of Zimbabwe to immediately come up with a law that can allow for the postponement of 2018 general elections to 2021…,” he said.