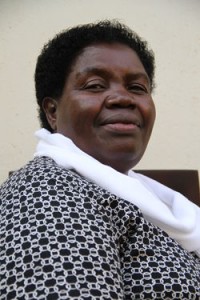 PDP vice-president, Sikhumbuzo Ndiweni told Southern Eye they were confident Mujuru would win if the military stays out of the electoral process and citizens are allowed to freely express themselves in a free and fair environment.

“Mujuru will come first if there is no abuse of State machinery and resources to campaign for a factional Zanu PF,” he said, adding the media must be allowed to operate freely and international observers invited.

“Now, after loss, the army faction will blame Mnangagwa and condemn him to pension and take over, not realising it will be the end of Zanu PF. So this election, without fear or favour, is pregnant with a possibility of a Mujuru victory and birth of real Zimbabwe.

“The taking over of reins (of power) is guaranteed by the fact that PRC, Zimbabwe, Sadc, South Africa and the international community can’t afford a successive third coup in a row, first Tsvangirai in 2008, Mugabe in 2017; in 2018 (Zimbabwe) Defence Forces have no ace card.”