The Zimbabwe Republic Police have issued a statement denying that National Police Spokeswoman Senior Assistant Commissioner Charity Charamba is the person on a voice circulating in the social media speaking some vulgar against colleagues in the force. 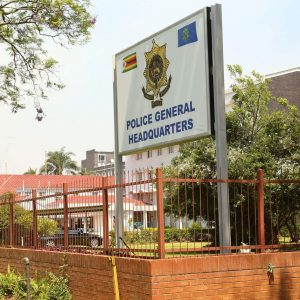 The police  have not been willing to comment to media on the utterances inferred to Charamba preferring to refer media to the statement published on the police Facebook page ZRP online.

The statement reads as follows:

“It is worrying that some errant members of the Zimbabwe Republic Police are abusing the social media using it to denigrate and shame some senior officers of the organisation.

This follows a spate of shameless behaviour by some members which include the posting of an audio clip where one woman is heard imitating Senior Assistant Commissioner Charity Charamba. In the clip the woman wantonly speaks some indecency.

It should be brought to record that it is not Senior Assistant Commissioner Charamba speaking in that clip. She does not comment on social media and neither is she on whatsapp.

Similarly there is a video clip circulating on the social media where a person is seen making some markings on the 2018 police calendar putting some X with a red marker on the faces of senior officers and voices are heard in the background shouting obscenities.

These acts are malicious and uncalled for as they cause unwarranted alarm in the organisation and damage to our senior officers.

However investigations are underway and anyone found wanting will be brought to book. The organisation has channels to be followed when members wish to present their grievances.