The Coalition of Democrats (CODE) has said that opposition political parties legitimized the “military coup” which made Emmerson Mnangagwa the country’s President in anticipation of being accommodated in the new administration. 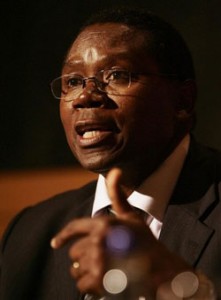 Mnangagwa was late November last year assisted by the military to remove the then President Robert Mugabe from power.

Toppling Mugabe the military which had put him under house arrest and raided key government offices said they wanted to weed out criminals surrounding the then aged leader.

Top Army officials who led the coup, including General Constatino Chiwenga have since been given top government jobs by Mnangagwa.

In the coalition of opposition parties’ first 2018 minutes meeting held in Harare late last week parties in CODE agreed to delegitimize Mnangagwa saying he ascended to the country’s Presidency through a coup.

“There was consensus that whatever description was used, a military coup had taken place and some opposition political parties supported the coup in the hope and expectation that they would be included in the new administration,” read part of the meeting minutes.

The meeting which was chaired by Mavambo President Simba Makoni, also said the international community endorsed the coup because it was tired of Mugabe.

“Some international partners tired of the Zimbabwe problem might be keen to accept the new situation as progress,” said CODE delegitimizing the Mnangagwa administration.

Some EU member states have also endorsed the Mnangagwa administration without commenting about how the former Vice President ascended to the Presidency.

One such western country is Australia whose Harare envoy last Wednesday said Mnangagwa was an open minded leader.