While the whole world was celebrating the new year, Zimbabwe U19S couldn’t afford to go on holidays as the Under-19 Cricket World Cup of 2018 is about to go down. 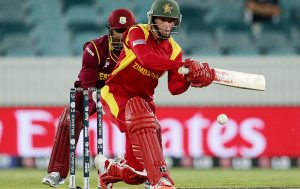 Zimbabwe U19 will compete in the tournament against the other 15 teams from all over the world, together 10 Test-tier nations joined by six qualifiers. The national team has already toured Australia and India and has rounded up its preparations for the World Cup with a series against Western Province Academy in Cape Town.

During the previous championship, Zimbabwe couldn’t continue the winning streak they started in 2014, as they lost the Under-19 Cricket world cup in 2016. However, this doesn’t seem to break their resolution to become the champions once again, as this year a huge effort with the team has been made by its coach, Stephen Mangongo. He unveiled his 15-man squad, headed by Liam Roche. The new squad is formed of the best of the best of local school cricket, and, as a pleasant surprise, the former Zimbabwe national senior team coach has included six players who are currently playing beyond the country’s borders.

In early 2018, the next generation of young Zimbabwean cricketers will descend upon New Zealand’s shores for the ICC Under19 Cricket World Cup 2018. Zimbabwe U19 will battle it out in Group B alongside India, Australia, and Papua New Guinea. Despite only one champions title, Zimbabwean U19 proved itself to be strong and dedicated and taking into account the previous success of the team, Stakers.com assesses the chances to be in favor of Zimbabweans to climb to the very top of the standings.

Only time will tell whether the ambitious Zimbabwean team will manage to take the champions title once again, yet the one thing is clear – the tournament is worth watching.