There appears to be no solution in place to control the huge continuous zero percent pass rate in Matabeleland North schools with 29 schools this year recording zero passes in the 2017 grade 7 examinations. 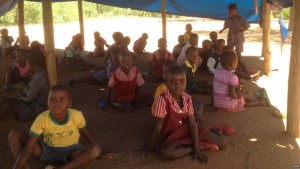 Matabeleland North deputy director responsible for primary education, Mrs Beatrice Manjere said that her department is worried with the continuous high failure rate in the province despite efforts to address the situation.

She said although 230 permanent teachers were employed and deployed to their province there was still a deficit of about 300 teachers.

She said only 20 pupils scored five units from the 20 291 learners that sat for the examinations last year.

“In 2017 we had a total candidature of 20 291 learners who sat for Grade Seven and our overall pass rate based on units was 37,75 percent and based on subjects was 25, 71 percent. And from our total candidature learners obtaining a total of five points to 30 points from the five subjects were 7 659 which translated to 3 051 boys and 4 608 girls,” said Mrs Manjere.

“Our target for the province was 25 percent and we slightly surpassed it which shows that there is room for improvement. We think that the number of pupils with five units dropped from last year’s 51 due to the introduction of Agriculture and we are working on that,” said Mrs Manjere.