Michael Zisengwe of Groromonzi has given Zesa Holdings subsidiary, Zimbabwe Electricity Distribution Company (ZETDC) 7-days to respond or to face a lawsuit over the death of his son. 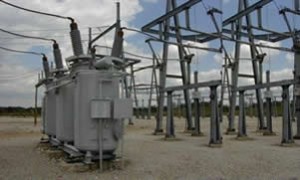 Zisengwe is demanding $100 000 after his 15-year old son Luckson died in December when he stepped on a fallen power cable and was electrocuted.

An excerpt from Zisengwe’s letter, written by his lawyer Arthur Marara of Mutamangira and Associates which was seen by NewsDay reads:

ZETDC could have taken precautionary measures to save our client’s son’s life and to ensure that the minor child was also removed timeously from the scene of the accident. We have been instructed to demand as we hereby do, damages from the wrongful death, shock and pain and suffering by our client, Mr Michael Zisengwe, the sum of $100 000. Our client instructed us that you contributed towards the burial of the deceased child, which is a noble gesture.