Nairobi - De Beers may follow its resumption of exploration for diamonds in the Northern Cape by looking in the longer term at opportunities in countries like Zimbabwe and the Democratic Republic of Congo. 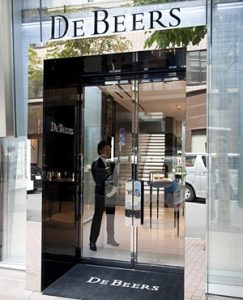 “I’m excited about what I’m seeing in Zimbabwe,” said Phillip Barton, chief executive officer of De Beers’ South African unit. “If we get licences, we would have a further look.”

For now, the company is keeping its focus on seeking deposits in South Africa after gaining 16 exploration licences in the Northern Cape. Barton said it wants to extend searches to the Free State, North West and Limpopo, where De Beers is working on the $2bn Venetia project.

The company will take a “long-term view” on countries such as Zimbabwe and and the DRC when the time is right, he said.

“We have Venetia mine that’s literally 20km from the Zimbabwe border,” Barton said on the sidelines of the annual Mining Indaba conference in Cape Town. “Why would it be just on the one side?”

In addition, De Beers would consider seeking exploration licences in Congo if the legal situation improves, as well as adding another ship to its fleet of five looking for marine deposits off Namibia.

“The progress made in prospective countries like Zimbabwe and the DRC is encouraging,” Barton said in a separate statement.

“Our focus in De Beers remains on those countries where we have well established operations – South Africa, Namibia and Botswana.”