By Paul Nyathi| First Lady Auxillia Mnangagwa has joined her husband, Emerson in the social media by opening her own Facebook as well. 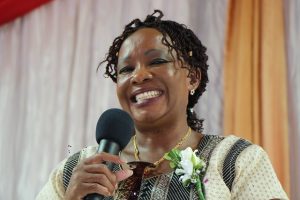 President Mnangagwa announced the First Lady’s official page in his own page on Tuesday evening.

In a short video announcing her page, First Lady Mnangagwa said that she is inviting Zimbabweans to communicate openly with her through the platform.

This is my Official Facebook page and I want to hear from you.

President Mnangagwa opened his official Facebook page a month ago and it has been a very busy page with Zimbabweans posting issues to Mnangagwa some of which he has been able to immediately respond to.

Controversy has however not spared the President as some people claim that they have been blocked from the page after posting controversial matters including the disappearance of Itai Dzamara.