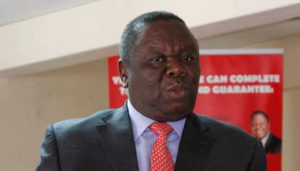 By Farai D Hove| MDC members have begun putting pressure on the G40 faction to leak details on who it is who allegedly poisoned their leader Morgan Tsvangirai.

Party members claim that Tsvangirai currently battling cancer was in fact poisoned during the time when he used to drink tea with Robert Mugabe.

The G40 faction now called the New Patriotic Front, has threatened to embarrass the new Mnangagwa led government, after it also offloaded records with names of people they alleged are the ones who abducted activist Itai Dzamara in 2015.

The demands were made last night for the 50 plus ZANU PF officials who fled the gun during the November coup last year to speak out.

On the 20th Nov last year, it was revealed that a total 50 MPs and Zanu-PF officials fled the country with former Higher Education Minister, Prof Jonathan Moyo. The tweet mentions Patrick Zhuwao, Saviour Kasukuwere, Makhosini Hlongwane and Paddy Zhanda and the others.

The tweet read, “In these difficult and trying times that have been thrust upon our country, I wish to advise concerned family and friends that I’m relatively fine outside the country as are ministers Kasukuwere, Zhuwao, Hlongwane, Zhanda plus at least 50 others who include MPs and Zanu-PF officials!”

Zimbabweans are now baying around Prof Jonathan Moyo’s Twitter account hoping for the moment when or if he will release the details which might solve the mystery surrounding Tsvangirai’s ailment.