But to be fair and to be honest, President Mnangagwa has done a splendid job so far, far far better than his unaccommodating, uncompromising, unfriendly predecessor. He has created what are the first steps to a investor friendly Zimbabwe, citizen friendly policies, and overall his language has been a welcome departure from the past confrontational and combative outbursts which were a major turnoff to investors and powerful world powers. 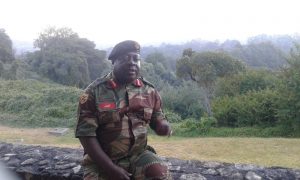 There are outstanding issues like gukurahundi, 2008, Itai Dzamara, and criminal economic genocidal policies which need to be addressed to bring closure and healing. These issues bring tears, pain and anger and the country will never move on if they are swept under the carpet. President Mnangagwa must be bold and courageous enough to to open the conversation about these things and let the nation know what real happened why and who made these things happen. It all happened on Mr Mugabes watch, so when President Mnanagagwa says the former President did not make any mistakes, he is being politically correct for his partys sake, but blatantly being dishonest.

Like all immortals, the President will make mistakes and we must make allowances for that. But something like Murambatsvina or Itai Dzamara is no mistake. Robbing a bank is not a mistake neither is shooting dead another fellow human being. Doing something which produces unintended consequences like punching someone during a fight and they die, that is a mistake.

Good, the President has welcomed criticism and says he wants people to tell him to his face where and when he goes wrong. The first person responsible for that is the first lady. If your own wife does not tell you to stop it when you go wrong then you don’t have a wife in the first place and are doomed. Your wife should conduct regular reality checks on you and police your behavior. The most successful men think to themselves before going astray ” if my wife finds out about this im in trouble”. Kwete kuti mukadzi anototya kutsiura murume kana kumupembedza paano rezva.

Secondly, it’s the duty of everyone in Zanupf to tell the President off when he goes off the rails and not protect him. His wife can scold him in private but Zanupf must reprimand him in public, softly or harshly , it’s up to them. In the politburo or at the central committee, or Congress, the President must be told he has done wrong and must be asked to explain himself. This will put public confidence in their party and strengthen things like democracy and freedom of speech.

Mr President, rein in your people and you will hear me say