Prisons are set to be decongested by at least 13 percent as part of the Justice, Legal and Parliamentary Affairs’ 100 day rapid result target. 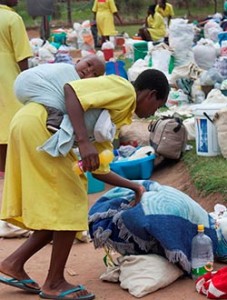 Minister Justice, Legal and Parliamentary Affairs Ziyambi Ziyambi told the state media that his ministry was going to lobby for a presidential pardon.

A stakeholder strategic plan review workshop for the ministry held in Kadoma depicted appalling conditions for prisoners, with Prosecutor General Advocate Ray Goba telling Chief Justice Luke Malaba and other officials that the conditions in prisons are catastrophic.

The Zimbabwe Prisons and Correctional Services is hoping to roll out a supplementary food programme targeting 578 malnourished inmates who are expected to get about 50 percent of their dietary scale requirements.

Minister Ziyambi also spoke on the realignment of some laws to the constitution, indicating the process should be complete before the harmonised elections.

In the same vein, Justice Ministry officials were also urged to conduct themselves professionally in the implementation of the electoral process so as to remove any doubts on the credibility of the forthcoming election.

Other activities lined up under the ministry’s rapid results initiative include the updating of the companies and deeds data on online platforms to a 100 000 records and translation of the constitution into vernacular languages.

Preparations are also being made for the drafting of the Child Justice and Marriages Bills.