When I was in my childhood and youth, I always had a fascination with politics - and its ability to improve people's lives - such that, I actually harboured dreams of one day becoming a politician - and even, the president of Zimbabwe. 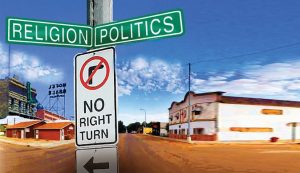 I could envision being able to eradicate poverty in every Zimbabwean’s life, bringing world standard education to all, making the country’s healthcare the avenue to high quality life, enabling economic empowerment to the people, and all manner of dreams.

I could see myself as a president who was answerable to the people, and was truly subservient to them – not by mere words, but also by his way of life – as he would not be entitled to any special treatment that no other Zimbabwean did not have.

A leader who would continue staying in the home had been staying before coming to office, and would not receive any financial packs or any other privileges, but would use his own resources, such as cash and transport – although, a modest allowance would be made available to ensure that he fulfilled his duties adequately.

There would be no motorcade and special security around the president – as I seriously believed that if a leader is truly from God, then God, and only God would protect him.

All resources would go towards the people – as a president was there to be the servant of the people, so how can a servant have a higher and more powerful lifestyle than the master?

A president would not be considered as the ‘first citizen’, but the last – and there would be no portraits of him anywhere, but the nation’s flag – and he would not be glorified,  but only God who put him in leadership would be glorified.

However, those were – and still are – my dreams and visions of a president.

However, the world of politics has made me re-think my desires to become a politician – as this career has proved beyond doubt that it is one that attracts only the most evil people on this planet.

It is as if the Devil himself created this profession!

If one is to search this planet for the highest concentration of evil, cruelty, selfishness, greed, thievery, corruption, oppression, and all manner of sin, then politics is the place.

It is not an exaggeration at all to say that it is the exception, rather than the norm, to find any sincere, loving, selfless politicians.

Let us pick any continent in this world, and take a quick look.

We can start with our own Africa.

Would it be a lie to say that the only closest presidents to some semblance of ‘goodness’ are those in Botswana and Namibia?

Besides, those two, quite frankly – of the 54 countries in Africa – I can not think of any other.

The same ratio goes for all the other continents, even those seemingly ‘democratic’ Western countries.

As much as those in the West may profess being ‘democratic’ – perhaps, in comparison to their African cousins – they are still fraught with injustices that are just as vile.

In fact, over the course of history, Western countries arguably outdid African leaders in their evil – whether it be through oppressing their own people, or those of other countries.

The most heinous sins of history were committed by Western countries – from slavery, colonialism, to modern times where minorities, and even refugees, still face untold suffering and oppression.

Western countries have massacred hundreds of thousands of innocent men, women, and children in wars in such countries as Afghanistan, Iraq, and Libya – many more have been killed through proxy wars throughout the world over the past decades.

Western governments, such as the United States could even provide shielding to cruel tyrants as Ferdinand and Emelda Marcos of the Philippines who ruthlessly brutalised their own people, and pillaged the country of billions of dollars.

This did not stop there, as other brutal tyrants have received Western support and protection, as long as they serve their interests.

Supporting someone who looks after your interests is not altogether horrid, but it is completely different if that someone is busy butchering his own people.

In Western countries today, the interests of big corporations take precedence over the people.

In fact, in the US, this has gone as far as licencing and approving unsafe – and even downright dangerous – medications and other products, so as to please those corporates that financially supported the country’s leadership during elections.

That is why, I have warned in previous articles, of people’s reliance on certain products, especially certain medical and contraceptive products, as intensive research has proven that – contrary to the pharmaceutical companies’, federal and UN agencies’ claims – they are far from being safe and reliable.

In fact, most of these products are deliberately intended to cause other health problems, which the same pharmaceutical companies have the medication for – thus, creating a multi-billion dollar cycle.

Anyway, that is another story, for another day – which, as said before, I have already written about.

Nonetheless, closer to home on our own continent – we have leaders who put their own personal power ambitions ahead of the people.

What type of a leader would butcher his own people just so that he or she can remain in power?

Why would any person loot the nation’s resources for personal aggrandizement, whilst the rest of the nation is wallowing in poverty?

Leaders who want to be called ‘Fathers’ and ‘Mothers’ of the nation, and basically be worshipped!

Leaders who want the earth to shake wherever they are – and even want everyone else off the road, so that they may pass!

Leaders who want everyone to know that they are the leaders, with their portraits everywhere – and want to be revered everywhere.

There is nothing so painful, touching, angering, and embarrassing as seeing images of poverty in Africa – children emaciated, families living in squalor, many surviving on rubbish dumps, people dying from diseases last heard of in Europe in the mid 20th century, pupils without even a classroom, nations starving because there are no adequate dams for irrigation – yet, those countries have immense resources.

Those countries’ leaders are not even ashamed being seen around the world wearing the latest designer clothes, and spending lavishly, whilst surrounded by scores of bodyguards – yet, they will have the audacity to plead for international aid, and investment!

Can this, surely, not only be the influence of the Devil himself?

Are these not the hallmarks of Satan?

If these leaders truly believed that God put them there, they would be the type of leader I alluded to at the beginning – the truly servant leader.

Servant leadership is not merely an empty mantra – some ‘cute’ people-pleasing slogan – neither is it a metaphor.

It is literal, and should be taken literally.

As God Himself showed through His Son Jesus Christ, a leader should act as the servant – and He showed it literally by washing His disciples’ feet – as such, truly God-sent leaders should literally live such a servant life – not just as a once-in-a-while political campaign.

° Tendai Ruben Mbofana is a social justice activist, writer, author, and speaker. He is the Programmes Director with the Zimbabwe Network for Social Justice (ZimJustice). Please call/WhatsApp: +263782283975, or email: [email protected]. Please also ‘ Like’ the ‘ZimJustice’ page on Facebook.