The revived ZANU PF Gwanda District Coordinating Committee has officially told two Gwanda parliamentarians that they will not be allowed to contest this year’s elections. 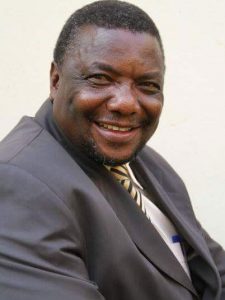 Gwanda Central parliamentarian Edson Gumbo and his Gwanda North counterpart Madodana Sibanda were officially advised by the party in the district that they have been relegated to serve at cell level and will not contest in the primary elections to choose candidates for the upcoming elections.

A circular note from a ZANU PF District Coordinating Committee made available to ZimEye.com indicates that the two parliamentarians will be allowed to complete their terms of office but will not be allowed to contest in this year’s elections due to suspected G40 links.

Reliable sources indicated to ZimEye.com that the party is earmarking replacing Gumbo with former Gwanda South parliamentarian and senator Japhet Dube while Lungisani Ncube a prominent miner in Gwanda has been set to take over from Sibanda in Gwanda North.

ZANU PF is set to hold primary elections at the beginning of next month.