Pretoria – The Department of Social Development has confirmed that its counterparts in Zimbabwe are willing to receive the eight minor children smuggled into South Africa in November 2017. 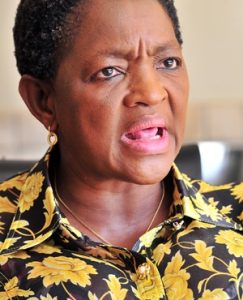 Minister Bathabile Dlamini has confirmed that the Zimbabwean Ministry of Labour and Social Welfare expressed its willingness to receive the eight children, aged between two and 12, who have been held by the department for three months.

Dlamini’s office said it received a confirmation letter from its counterparts in Zimbabwe stating that the Ministry of Labour and Social Welfare was “prepared to receive the eight unaccompanied minors at the Robert Mugabe International Airport in Harare and will be placed in places of safety in Harare while documentation, tracing and reunification efforts are underway”.

The Department of Social Development said it had a memorandum of understanding (MOU) with Zimbabwe’s Ministry of Labour and Social Welfare on matters related to unaccompanied and undocumented minors.

GroundUp previously reported that the eight children were taken into custody after a truck was stopped near Rustenburg.

‘It is my right to be reunited with my child’

The children were travelling to Cape Town to be with their families. All eight children come from separate families, with the mother of one of the children being a minor herself.

One of the parents said in an affidavit earlier this month that they demanded that their children be sent back to Zimbabwe.

“To this date, the children have not been sent back to Zimbabwe,” the affidavit reads.

“As a parent, it is my right to demand to be reunited with my child immediately.”

Earlier in February, Dlamini’s office said the ministry was “working tirelessly” to ensure that the children were transferred into the care and protection of the Zimbabwean government as soon as possible.

“To this end, the minister of social development is working tirelessly with the Department of Home Affairs to make sure that the children are transferred into the care and protection of the Zimbabwean government as per the provision of the MOU as well as regional and international treaties, including the African Charter on the Rights and the Welfare of the Child and the UN Convention on the Rights of the Child to which South Africa is a signatory,” Dlamini said at the time.