Though the claim that 70% of aid budgets are “stolen off the top”  has been widely debunked, it has also been widely reported that the loss of aid to theft and fraud is a cause for concern. 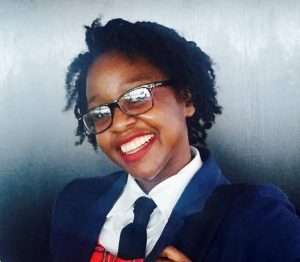 Some 30% of aid is lost to corruption and fraud, then-UN secretary-general Ban-Ki Moon pointed out at a high-level social panel on accountability and transparency in 2012.

It was this figure that inspired , a modular MBA student at the UCT Graduate School of Business (GSB), to work on developing a more secure solution to help donors transfer monetary aid to beneficiaries. Some of the MBA’s corelearning goals include understanding the leadership challenges of diverse national and international environments, as wellsustainable development issues and the role of business in promoting these.

Masiiwa was selected to participate in African’s largest BlockChain hackathon Unblock the Block, hosted by Linum Labs and UCT research institute the African Institute for Financial Markets and Risk Management (AIFMRM), earlier this year. The 10-day event event was looking to surface relevant blockchain solutions with a positive application on the African continent and saw almost 80 participants from around the world attending.

Masiiwa’s team, Funds Aid, built a platform that would help solve the problem of transferring monetary aid from donors to beneficiaries. “Nearly a third of aid is lost to corruption and fraud. Furthermore, sending monetary transfers through traditional banking systems is associated with high transaction costs,” says Masiiwa.

The solution, therefore, allows users to bypass traditional channels, instead depositing funds demarcated as aid into anescrow account of a partner bank.

In exchange, explains Masiiwa, the bank issues tokens equivalent to fiat currency, which are then disbursed to beneficiaries. The beneficiaries can use these tokens to purchase goods.

It was important to Masiiwa’s team to ensure that there was no room for aid funds to be intercepted.

“The tokens can only be redeemed by beneficiaries, who are issued with a unique key that unlocks the tokens from their wallet, thereby eliminating the loss of funds through corruption and fraud,” Masiiwa explained.

“Only the merchant is able to redeem the tokens for fiat currency using the partner bank.”

She adds the major advantage is that the project concept – of transferring value – can be applied to other areas, such as remittances and traditional bank transfers, increasing security in other sectors too. “The solution cuts across many sectors.”

“It is a disruptive technology with the potential to positively change the lives of Africa’s financially excluded,” Masiiwa says. This is particularly pertinent because the continent is more affected by the refugee crisis than any other continent, with South Africa facing a conservative count of nearly half a million pending asylum claims.

In 2017, it was expected that some African regions would receive around $45 billion in development aid. This is the bulk of the $75 billion the International Development Association, or IDA, has budgeted to spend on financing life-saving and life-changing operations over the next three years, in 30 of the world’s poorest, most vulnerable countries.

The overall first prize for the Hackathon was split between two teams: the first winning concept was Proof of Steak by team Yuna, a platform for investing in cattle, the second was BlockPoll, a voting system to facilitate better governance in companies, as well as transparency and security in elections.