As we celebrate the life of Morgan Tsvangirai, let us be reminded of the things he fought for. The man fought for a better life for the people of Zimbabwe, from his days in the Zimbabwe Congress of Trade Unions, until his untimely death. 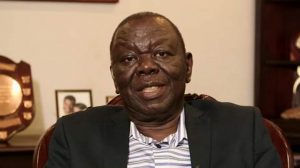 He may have made errors in trying to do good on a few occasions, but messages coming from all sectors of the Zimbabwean population proves beyond reasonable doubt that he was a man of the people. May His Soul Rest in Peace.

It remains to be seen if his unfortunate departure will reunite his lieutenants some of whom have seriously clashed of late. It is my hope that Morgan Tsvangirai’s passing on brings sense into those leaders who have been involved in the recent dog eat dog fights and bring back sanity into the party, which still has a realistic chance to wrestle power from Zanu PF if the leaders reflect, realise that they need each other, and that the ordinary Zimbabweans need them to be pulling in the same direction to bring about a better life for all Zimbabweans.

I have always impressed on the top leaders of the MDC-T who I have access to that an MDC-T lead government can achieve far better that the change that people think Emmerson Mnangagwa can bring. There are still a lot of reservations about the Mnangagwa Administration within the international community, that is why most of them have impressed on a free and fair election as a condition for established full relations with Zimbabwe, but we all know that Zanu PF is incapable of changing its ways.

We have already seen the Chiefs some of whom were recently bribed by cars, with those who did not get their vehicles on the first disbursement being told by Mnangagwa they will receive their share of the loot before the elections. Soon after the bribing of chiefs by cars, we then saw stories of chiefs calling on their subjects to bring their voting slips to be recorded in Zanu PF registers. The election has already lost credibility and will not inspire confidence in potential investors, if Zanu PF successfully rigs again, a process that it has already started through intimidation and exploitation..

The MDC-T appeals more to the international community, and progress will commence the minute the MDC-T led government assumes office. President Mnangagwa has publicly admitted he has take some of MDC-T’s policies and implemented them, but the copycat can never be as good as the original. But it takes an organised party to do what it takes to reach out to the people.

I hope someone listens.