As Black History Month closes, and African Americans in the United States (US) have celebrated and reflected on their role in that nation's shaping, it would be everyone's hope that they also took a good honest self-inventory on how they have become a far cry from their forefathers and mothers. 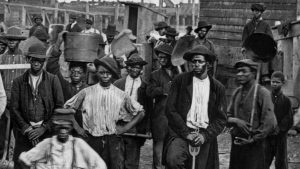