Crisis in Zimbabwe Coalition (CiZC) joins the rest of the world, and more importantly women in Zimbabwe in commemorating International Women’s day under the theme #ProfessorProgress. 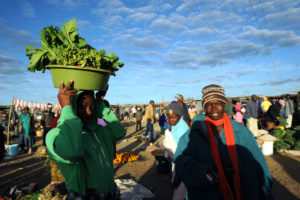 As we celebrate this important day, we are inspired by a number of women that stand tall in ensuring that women are recognized in society and strive to see a democratic developmental Zimbabwe.

We are motivated by women in Hwange who have been engaging in peaceful and lawful protest against the Hwange Colliery Company Limited (HCCL) in an effort to ensure that HCCL respects labour rights and due wages to their husbands.

We remain worried that material conditions, the architecture of the state and national politics in Zimbabwe continues to undermine women’s participation in governance as leaders in society. Zimbabwe’s presidium continues to be male dominated.

We implore the government and political parties to fully embrace and implement Section 56 of the Constitution. As a coalition, we are concerned with the failure of the current government to respect the current constitution which calls for equality when allocating positions of authority such as ministries. The current appointments show minimal appreciation and due regard to gender inclusivity and parity.  It is our view that in the absence of the full implementation of Section 56 of the constitution, the country is reeling in a constitutional crisis! Section 56 (2), Constitution of Zimbabwe provides thus:

Given that 2018 is an election year, we are worried that the country continues to perpetuate electoral gender inequality. We challenge political parties to ensure equal representation of women as candidates and ensure adequate resourcing for their election campaigns. We equally urge political parties to eradicate violence that deters women’s participation and level the political field. We contend that the fairness of an election can only be achieved when elections produce adequate women’s representation.

We also call upon stakeholders in private and public sector as well as civil society to respect and uphold various constitutional provisions that call for due recognition of women.

The democracy that we envisage can only be realized when women are embraced in full as equal citizens and all forms of discrimination and women’s rights violations are curtailed in our society.