Diaspora must demonstrate on election day 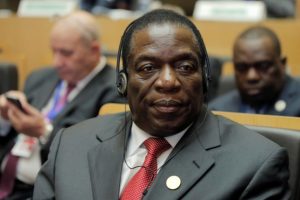 Dictator Mnangagwa never ceases to negatively amaze. Just over a week or so ago he had the United Nations official visiting to assess the situation regarding preparedness for a free and fair election. The United Nations official said the United Nations was willing to help in Zimbabwe’s endeavor to run run a credible elections that satisfies the tenants of the constitution of Zimbabwe.
Surprisingly, without asking for help from anyone to put the logistics in place to enable Zimbabweans in the diaspora to vote, Mnangagwa has been dismissing the idea of the Diaspora vote since he came into office last year. He has been told by Zimbabweans living in many countries he has visited and managed to address the them that they want to vote, and each time he has turned them down.
Interestingly, some three Zimbabweans living in the Diaspora have appeal against their being denied the opportunity to vote with the Constitutional Court and the case has not been finalised, but Mnangagwa goes ahead to make a proclamation on a case that is before the courts, usurping the powers of the courts in the process. We all know that most judges fear the Commander-In-Chief of the Zimbabwe Defence Forces and hardly make judgements that are against proclamations by the Commander-In-Chief, so we can conclude that Dictator Mnangagwa has already told the judges how to make a ruling, that is why he can speak so confidently that the Diaspora colleagues are not voting. What a dull lawyer Mnangagwa is?
Best thing for Zimbabwe is just to vote Zanu PF out of power and start a real new dispensation.
Meanwhile, if Dictator Mnangagwa has his way, those in the Diaspora who cannot go to Zimbabwe to vote should assemble at strategic positions in the domiciled countries an tell the world they have been denied the opportunity to vote by dictator Mnangagwa, who had the opportunity to seek help for the logistical requirements needed to run the Diaspora elections and never acted. After all, most of the host countries would be very keep to assist – did he ever try them
This election is already rigged, and we will speak out, and all Mnangagwa needs to do is allow the will of the people to prevail so that we have a President who can really listen to the people.
Vote out Mnangagwa 2018.
Post published in: Featured