Harare - Robert Mugabe needs to take a leaf out of former South African president Jacob Zuma’s book and show "virtues of a principled leader" by not resenting his fall from power, a state newspaper said on Tuesday. 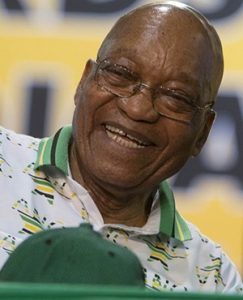 Analysts told the Herald that while Zuma had shown South Africa he was “grateful” for his time spent in office, Mugabe was showing a leaning towards “dangerous politics of entitlement”.

“Zuma has been ousted and he understands the circumstances that resulted in his ouster while here we have an adamant and selfish former president who believes Zanu-PF and Zimbabwe revolves around himself and his clan,” analyst Goodwine Mureriwa said.

“What Zuma has done is a wake-up call to Mugabe,” he added in reference to Zuma’s decision to campaign for the ANC in KwaZulu-Natal despite being recalled by his party as president last month.

Mugabe has come under criticism over his alleged backing of breakaway party, the National Patriotic Front, led by one of his former cabinet ministers. The 94-year-old ex-president is accused of trying to destabilise Zanu-PF in revenge for his removal from office last November.

Once a hero now a villain?

The NPF, which is also said to have support from a ruling party faction loyal to Grace Mugabe, is expected to contest elections later this year. This has raised fears it could split the Zanu-PF vote and damage chances for Mugabe’s successor Emmerson Mnangagwa in elections due in around July.

“Zimbabweans endured 37 years of his rule but he is already too tired of being ruled in three months,” Mugwadi said.

“He needs to take a leaf from Zuma because Zanu-PF gave Mugabe everything during his time.”