Yesterday was a very interesting day for me, as far as issues of nation reconciliation were concerned - with the swearing in of a new National Peace and Reconciliation Commission (NPRC) chairman, an advert of a new movie on Zimbabwe's liberation struggle, and the labelling by the state broadcaster of Gukurahundi activists as 'rabble rousers'. 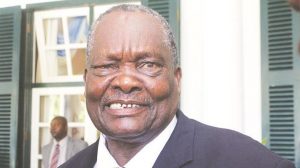