Platform for Youth Development joins the rest of the world in commemorating the International Women’s Day. Running under the theme TIME IS NOW: RURAL AND URBAN ACTIVISTS TRANSFORMING WOMEN’S LIVES, this day is important in the work of PYD as it is an opportunity to celebrate the work done by our gender activists in Chipinge district. 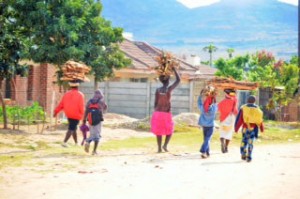 Chipinge is one of the areas that is still battling to overcome harmful cultural practices that continue to infringe on the rights of the girl child.

Commemorating the International women’s day will afford our local communities the time to reflect on the social, economic, cultural and political achievements by women in Zimbabwe. The day is a clarion call for action to us at PYD to accelerate our advocacy and civil awareness to free young women and girls from all forms of discrimination.

Platform for Youth Development will be commemorating the International Women’s Day in style. Through our twenty (20) Gender Activists who are operating in Chipinge district, PYD will join the community in Madhuku and Mariya village on the 8th of March to celebrate the day while showcasing the beauty of the Ndau culture.

The day will be filled with entertainment through traditional dances including Muchongoyo, Chokoto, Zvipunha and Mandhlozi. The PYD gender activists will also present their drama on how to challenge harmful cultural practices. There will be a Guest Speaker from Chipinge district who will be called to link the importance of the International Women’s Day with Ndau culture.

The theme for the commemoration in 2018 resonates with our work at PYD, where we have been fighting very hard to empower the young women and girls in Chipinge to rise above the harmful culture and traditions.

Through a baseline survey and documented evidence, the PYD Gender activists have discovered that most rural homes in Chipinge are being supported by women, yet the same women have not been acknowledged by society. Rural women, especially those found in Chipinge continue to face the worst forms of deep seated gender inequalities and discrimination.

PYD reiterates that there is need to increase awareness and Access to Information (ATI) that draw attention to the rights and activism of rural women who remains vulnerable and disempowered due to structural inequalities that only recognise men.

Through the help of PYD gender activists, the International Women’s day commemorations this year will assist to transform this momentum for empowerment into action.

While commemorating the International Women’s day, PYD is conscious that Zimbabwe has approached the election period where jostling and canvassing for political power is the order of the day.

The commemoration will also be about encouraging young people to register and vote in 2018. The people in Chipinge, Manicaland and Zimbabwe are urged to shun sexism and discrimination by creating a conducive environment in which young people and in particular young women can freely participate as voters and candidates in the 2018 harmonised elections.