Harare - South Africa needs to have the facts and knowledge at its fingertips on how it intends to proceed with its planned land reform programme. The current land ownership structure as well as sustainable funding models should also be put in place to prop up the new black farmers if the country's agrarian reform is to be a success story. 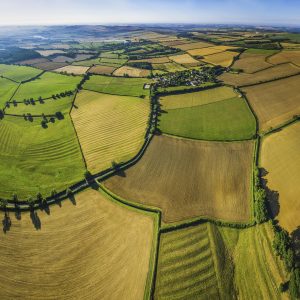 Neglecting this will tip South Africa into the pitfall of Zimbabwe’s land reform programme in 2000 which led to a nosedive in agricultural productivity, say farmers in the agricultural hub of Karoi, west of Harare.

Moses Chibaya, a Zimbabwean tobacco and grain farmer, told Fin24 that “there is need for knowledge and strong financial base and technical expertise” before South Africa embarks on the reform programme it intends to kickstart.

“The programme must have a clear plan of how the land will be redistributed. There is no need to give big tracts of land to black farmers just for the sake of giving land. People have to be productive if the economy is not going to be disturbed,” he added.

Chibaya is readying up his 2018 tobacco crop for the auctioning season of the golden leaf which has become a major export earner for Zimbabwe. The tobacco auctioning season starts this month and the central bank says the tobacco farmers, most of them black and relying on natural rains to raise their crops, will be paid through bank accounts and mobile money wallets.

The rush to grow tobacco, a lucrative cash crop, has left other areas of cropping in Zimbabwe vulnerable. Winter wheat cropping is struggling, say other experts while there has been some improvement in grain farming mainly because of input support schemes run by the government.

The South African Parliament’s motion allowing for land expropriation without compensation has caused an outcry both inside and outside the country.

Zimbabwe walked the same path before under Mugabe, whose radical and populist policies have lowered Zimbabwe into prolonged economic failure. However Emmerson Mnangagwa, who has taken over from Robert Mugabe as president, wants to address this through paying compensation to white commercial farmers who lost their land.

“l think the largest portions must get 150 to 200 hectares, depending with the type of production,” added Chibaya from his farm at the weekend.

Nearly 20 years after taking over land from white farmers and parcelling it out to black farmers, Zimbabwe is still struggling to stabilise agricultural productivity. Mnangagwa argues that land reform is not reversible but he wants to bank on the knowledge, assistance and experience of the former commercial farmers.

Other farmers in Zimbabwe say there are “a number of factors which include lack of knowledge and experience, lack of financing or support from government and lack of support by banks” which is holding back productivity.

“The cost of inputs in Zimbabwe is too high compared to the prices in the region. The other issue is lack of market; remember, at some point farmers would deliver grain and never get paid. Lack of machinery and use of poor quality seeds and failure to use better farming practices are all major contributors to our situation,” said an experienced farmer in Rusape in the Manicaland Province.

The destruction of the country’s coffee and tea growing industry is testament to how quickly an economy can degenerate if key policy issues are not handled well.

In 2017 Zimbabwe produced only 500 tonnes of coffee, with only about three of the once 150-strong commercial coffee producers productive today.

This may well serve as a stark warning to South Africa, as it ponders the best way forward regarding land reform