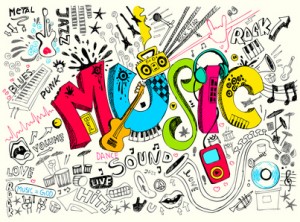 On Saturday 28 April, the Harare International School are proud to present the very first Combined Schools International Jazz Festival at the school in Mount Pleasant from 12noon to 7 pm, just days ahead of International Jazz Day which is celebrated annually throughout the world on 30 April.

Fourteen school bands will be performing, some of whom have already enjoyed recognition and acclaim by the local jazz fraternity and the Zimbabwean public in general, and others who are coming up strongly in the barrier-breaking genre.  They include, in no particular order, jazz bands from Prince Edward School, The Grange, Lusitania, Mother Touch, Hellenic, Gateway, Arundel, Heritage, Killarney and Sally Mugabe Schools, the Salvation Army Youth band, Midlands State University, Midlands Christian College and Harare International School.

The students will perform their individual school repertoires from 12pm to 4.30pm, and from 5pm come together to perform a fascinating jazz programme which they have been rehearsing for months under the direction of some of Zimbabwe’s leading jazzists and music teachers – Bernie Bismark, Carmen Mutengo, Reggis Mafunga, Elias Mapiye, Rute Mbangwa, Tinashe Jera, Andrew Mamvura, Charles Kazaku, Brian Munongwa and Elisha Zimbeva.

The combined performance will be pre-recorded and shared worldwide on the internet, on International Jazz Day, alongside jazz livestreaming from around the world.

The Combined Schools International Jazz Festival will become an annual event, and sponsors of this inaugural event include the US Embassy, UNESCO, Tudor Bismark Ministries, Tel One, Mawere Sibanda Law Firm, Optinova, Huawei, and others.

Jazz is important because it represents the contribution of music from slaves taken from Africa to America.  That melting pot of nations helped in creating this treasure which has now become a world-wide phenomenon.  Much can be said about jazz in education and its benefits to the student; among many others, it develops confidence, invokes creativity and enables “thinking out of the box”.

In November 2011 during the UNESCO General Conference, the international community proclaimed 30 April as ‘International Jazz Day’.  The Day is intended to raise awareness in the international community of the virtues of jazz as an educational tool, and a force for peace, unity, dialogue and enhanced cooperation among people.  It brings together communities, schools and other groups all over the world to celebrate and learn more about the art of jazz, its roots and its impact, and to highlight its important role as a means of communication that transcends differences.

Around the world many governments, civil society organizations, educational institutions, and private citizens currently engaged in the promotion of jazz music embrace the opportunity to foster greater appreciation not only for the music, but also for the contribution it can make to building more inclusive societies.

The famous jazz bassist, living legend Marcus Miller, said “I think jazz is a beautiful, democratic music. It encourages musicians with very strong, and many times, very different points of view to work together as a team while, at the same time, giving them the space to express their individuality. It’s a very important art form and can be used as a model for different cultures to work together.”

The motivations for the Combined Schools International Jazz festival are:

The festival on Saturday 28 April – the first of its kind in Zimbabwe – promises to be an exciting 7 hours of burgeoning talent, from which young jazzists of Zimbabwe will undoubtedly emerge and rise to national and even international acclaim in the future.

All music-lovers are invited to be part of this auspicious occasion.  The entry fee of just $2 per person makes it accessible for everyone, and augurs well for a beautiful gathering of a diverse audience to enjoy, enrich and empower the young musicians.  It’s an opportunity not to be missed!

As the late great jazz trumpeter Louis Armstrong said: “To jazz, or not to jazz, there is no question!” As Roy Ayers says, “The true beauty of music is that it connect people.”