Commonwealth countries have unanimously committed to take action on cybersecurity between now and 2020, following a landmark declaration. 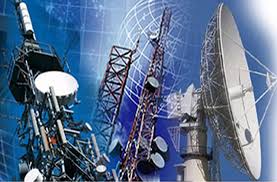 In a major announcement at the Commonwealth Heads of Government Meeting, the 53 leaders agreed to work closely together to evaluate and strengthen their cybersecurity frameworks and response mechanisms.

The declaration is the world’s largest and most geographically diverse inter-governmental commitment on cybersecurity cooperation. It followed an announcement by the UK government to pledge up to £15 million to help Commonwealth countries strengthen their cybersecurity capabilities and ‘tackle criminal groups and hostile state actors who pose a global threat to security, including in the UK’.

Speaking after the announcement, Commonwealth Secretary-General Patricia Scotland said, “Cyberspace opens up new opportunities for socio-economic development by broadening common space and extending access. There is immense fresh potential for the multiple layers of Commonwealth connection to be used for the common good. The many positive benefits that can be derived are easily undermined and subverted by cybercrime, which has no respect for national boundaries. Commonwealth member countries are working together to strengthen their capacity, individually and collectively, to detect and guard against the debilitating threats cybercrime poses to all many aspects of national, regional and international security.”

With the internet increasingly central to global commerce, the Commonwealth Cyber Declaration sets out a shared vision of cyberspace in areas such as economic and social development, and online rights.

The declaration is also an important step for Commonwealth small states, which account for 31 of the Commonwealth’s 53 member countries. By promoting digital inclusion and a safer cyberspace, it sets out practical steps that will enable them to advance their economic and social development.

Steven Malby, Head of the Commonwealth Office of Civil and Criminal Justice Reform, said, “The Commonwealth Cyber Declaration is a landmark document which builds on the work of the whole family of 53 member countries. It emphasises the important role that the Commonwealth can play in this area at a time when cybersecurity and the protection of people’s rights online is at the forefront of everyone’s minds.”

With transnational cybercrime increasingly a challenge for global governments, Commonwealth countries are taking a leading role to combat cybercrime and promote good cybersecurity. The declaration includes recognition of the potential for a more active Commonwealth role in international discussions on global stability and cyberspace.

Mr Malby added, “There is a genuine need for international cooperation and capacity building for law enforcement and criminal justice officials on cybercrime, and this declaration represents a significant step forward in addressing countries’ concerns.”

The declaration marks a continuation of Commonwealth work in this area, including that of the Commonwealth Cybercrime Initiative (CCI), as well as the Commonwealth Telecommunications Organisation (CTO). In collaboration with the CTO and the Commonwealth Parliamentary Associations, the Commonwealth Secretariat will provide technical assistance to countries on cybercrime and cybersecurity capacity building. This will help to enhance incident-response capabilities, create effective laws for cyberspace, and strengthen law enforcement responses.