Those of us who live in Africa, know very well that all water is potentially dangerous. My daughter and her husband were touring Australia and joined a group of young people who were visiting a National Park – the local young people piled into the water of a river and were swimming and splashing – it was as hot as hades, my two sat on the river bank and watched. When asked why they were not swimming they replied, “ we are Africans – we do not trust water and you have “Salties””. 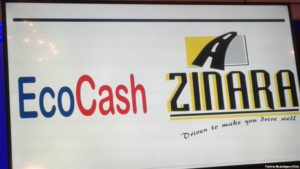 Last weekend we spent four nights at a local National Park and my grandson and I went fishing. We asked the staff at the camp – “any crocodiles here?” and were told, “nothing in this river – but lots in the river further downstream”. We walked to a large pool and fished for a while and then I looked across the pool to a sand bank, there on the sand was the distinctive drag marks of a large crocodile and when I scanned the water I saw him watching us.

Life in Zimbabwe is like that – we are constantly finding crocodiles in our soup! Last week it was Air Zimbabwe. We were told about murky deals set up in airports, buying 20-year-old aircraft that had been grounded by the airline that owned them. No clarity on what we paid for them, where the money came from and whether they were airworthy. Lots of crocs in that pool.

Then Tembo Miliswa went after the people who were mining at Marange from 2008 to 2017. We heard of policemen raiding the coffers of the diamond mines – demanding the keys and taking away thousands of diamonds. They vanished. The Parliamentary Committee on Mines interviewed everyone – loss of memory was common. Where did the revenue from the sale of diamonds from Marange go, they asked? Was Mr. Mugabe smoking something when he revealed that US$15 000 000 000 was “missing”.

My personal estimate of diamond production and sales over this period is US$22 billion. That is a lot of money in anyone’s language. Spent wisely it would have set us up very well thank you – but no, the whole lot has vanished – and no doubt it was the crocodiles because today you cannot see them and only drag marks reveal their presence.

Every year in Zimbabwe, people disappear – when I was living in the rural areas, often in remote places, I frequently saw people fishing – standing in the water. The lucky ones get away with a few teeth marks or a broken arm, the unlucky ones simply vanish. Deaths from crocodile attacks are grossly understated because so many victims are never found.

In wider society, crocodiles are found in the most amazing places – in the Reserve Bank for example. Here they bask in the sunshine but when they go on the hunt for prey, the target is often our hard-earned foreign exchange. You see the stuff arrive in your bank accounts and when you go to use it, it’s gone. These crocodiles attack without warning and it’s fast. I think in the past 120 years of human endeavor in Zimbabwe, the loss of value because of foreign exchange controls has been enormous.

Then there are the Insurance Companies and Pension Funds. Without exception in Zimbabwe, these companies and organisations have taken our hard-earned income and stashed it in their vaults, only to find that when it came to paying us our pensions or legitimate claims, that the crocodiles had been there first and all that was left was marks on the sand or wet mud. The Justice Smith Commission has just reported their findings and say that subscribers to pension funds and insurance have been fleeced of billions by those entrusted with them. In my case I calculated that I paid over US$1,2 million into such funds over my working life and today all I get from those investments is US$94 per month.

Then we come to the crocodiles in the Ministry of Finance. It did not take us long to learn that we can “create” money by printing the stuff or simply posting numbers on a computer. We have found that we can spend more than we have earned or collected in taxation and simply balance the books with an entry that has no substance. In this way we can steal the real value created by hard work and through inflation and fiscal creativity, destroy real value by stealth and sleight of hand. We, dummies do not even know when we are dragged off the sand bank and drowned in the water by a Ministry of Finance crocodile.

In 2017 the MOF spent US$2,5 billion dollars more than they collected in revenues. Now, that is a lot of money and in a budget where revenues fall short of US$4 billion a year and expenditure is over US$6 billion – the effect is inevitable in that inflation will rise and destroy value. The MOF is very cunning – they produce figures that show that prices are not rising – bit like the crocodile that hides under the weed floating on the water. The prices rising every day in the shops is not wind on the water – it’s a crocodile waiting in ambush.

The Nurses know what is going on but not what to do about it. They simply know that what they get in their salaries each month is no longer real money – it’s RTGS dollars and buys half what it purchased when we dollarized. The reason is we are no longer following the simple rule that guided the GNU – eat what you kill. Do not spend what you have not collected.

The Doctors know it also because they see it every day – the money just vanishes and leaves nothing behind. Patients are dying for lack of the most basic things – cleaning materials in our hospitals. Basic medical supplies, equipment and yet they continue to work while they can, not appreciating that the crocodiles that are in our soup, are snatching victims every day and leaving no sign that they were there.

The worst killer is corruption – a plague that eats away at our society – creating unbelievable wealth for some and desperate poverty for most. In my view we need to adopt the Chinese approach – crocodiles that are caught in corruption – no matter how small, should be shot. Because once they learn how to kill the small prey, they soon start on the bigger targets. I called for the Police road blocks to be withdrawn several years ago and found steady obstacles in the form of those who argued that they needed the revenue. We now know how oppressive they were and how much the Police were taking in both open collections and in the form of corrupt collections. It should have been done years ago.

What about Zinara, the VID, the Driving license offices, the border posts, the fuel traders? When are we going to understand that in all these spheres we have crocodiles in our soup and dining with them is both dangerous and damaging. I am just praying and hoping that the crocodiles in our electoral system are going to be dealt with – we need that free and fair election now more than ever. The crocodile in the Blue Roof may be old and grouchy – but he is still dangerous and should not be allowed too much latitude.