It is extremely sad to note that our current government does not see anything wrong with the current conditions of service of the nurses in the public health sector, preferring instead to believe that their grievances and their latest industrial action are politically motivated. The heavy handedness of the government in the current strike is further cause for alarm. 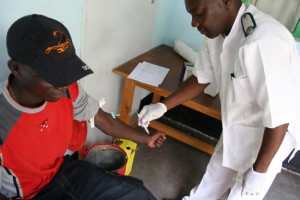 The nation has witnessed unprecedented suffering of the sick and their loved ones since  March 1, when the doctors’ strike started. Hundreds of our sick friends and relatives have died unnecessarily of potentially curable illnesses.

Thousands more have been denied the most basic of health care, and have had to endure untold suffering. All this does not seem to have moved the hearts of those running the country. Now the government has purportedly fired the nurses who are simply calling for intensified dialogue with their employer, concerning their deplorable conditions of service. The loser in this equation are the poor people of Zimbabwe, the villagers, the unemployed, the homeless, the overcrowded, and those with no proper water supply and sanitation facilities. In other words, the people the government is supposed to watch over jealously.

The MDC condemns in the strongest terms the alleged firing of the nurses on industrial action, and

1. Calls on the government to re-engage the nurses on industrial action in useful dialogue with a view to minimizing the disruption of the health delivery services. These nurses are human beings with relatives and friends requiring urgent health care right now, and all they want is a decent living wage and fair conditions of service. Heavy handedness on the part of government has never solved labour issues in the past.

2. Calls on the government to re-arrange its priorities and the health of the nation precedence in resource allocation. There is no good reason why the government is failing to allocate 15% of total government expenditure to health, as already agreed at continental level.

3. Calls on the Health Services Board to fulfil the mandate for which it was formed. HSB should not feature only when there is labour unrest. They should engage the workforce at all levels continuously, and improve their conditions of service regularly in small manageable aliquots.

4. Calls on the MoHCC to complete and commission the Universal Health Coverage (UHC) plan, work on which was initiated in 2010 with wide stakeholder consultations at considerable cost. The people of Zimbabwe spoke, and the government has an obligation to see to it that UHC becomes a reality in Zimbabwe. This plan will ensure that enough additional resources become available for the proper remuneration of health workers, that healthcare facilities are properly equipped and medicines are available, and that all Zimbabweans regardless of age & sex will have access to a defined package of quality care free at point of access.