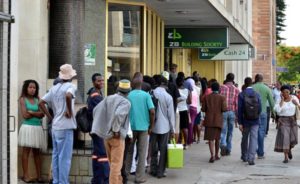 In 2016, approximately 815 million people were chronically undernourished globally. In recent years, food security has worsened in some parts of the world, including sub-Saharan Africa. In Zimbabwe, latest estimates show that about 45% of the total population are undernourished1. To address the challenge of growing food insecurity, effective social protection programmes must be implemented and scaled-up. Cash transfers are one such programme, the primary objectives of which often include poverty alleviation and food insecurity reduction.

This research study utilized longitudinal data collected for the impact evaluation of Zimbabwe’s Harmonized Social Cash Transfer Programme (HSCT), an unconditional cash transfer that targets ultrapoor, labour-constrained households. It accomplishes two things: (1) it provides evidence on the relative merits of using an aggregate consumption expenditure measure versus a food security scale, to assess household vulnerability and food insecurity; and (2) it contributes to a growing literature on the effects of state-sponsored unconditional cash transfers in Africa on household behaviour and food security.

Zimbabwe’s HSCT Programme was introduced in 2011 and is the country’s primary social protection programme. It is an unconditional cash transfer programme, whereby beneficiary households receive a bi-monthly cash transfer that varies with household size. On average, the transfer value is about 20% of total pre-programme household consumption expenditure.

Beneficiary eligibility criteria are two-fold: food poverty and labour-constrained status of households. Eligible households were identified through a detailed targeting census, whereby all households are screened using the targeting survey fielded by Zimbabwe’s national statistical agency, ZIMSTAT. The HSCT is gradually being rolled out and it is anticipated that eventually it will eventually cover the entire country.