Experts say Zimbabwe and others should be free to use their own resources for electricity, but call for cleaner measures. 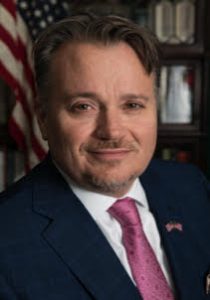 Banks: passionate about the environment

Two of the most senior voices in US energy have backed the right of developing countries to generate electricity “in any way they deem fit”, while calling for more funds to develop clean fossil fuels.

Barry Worthington, executive director of the United States Energy Association (USEA) said there were “few priorities greater for the world than getting people linked to the grid”, including an estimated 300 million Indians who live without power and double that number in Africa.

“If we are going to respect the sovereignty of countries in Africa, and nations like India, Poland, Bangladesh or anywhere else, we must also respect their right to use their natural resources,” he said.

“The United States would require no less from other countries. Our constitution starts with, ‘We the people,’ and those words should apply to every nation on earth. ‘The people’ of this or that country must be the ones who decide what they do with solar, wind, gas, oil or coal. And, yes, I purposely include coal in that list because so plentiful. We can’t ignore that.”

Zimbabwe is in the process of retooling its power stations south of Victoria Falls but will be unable get money from the World Bank which has imposed a ban on coal and, more recently, all fossil fuel.

The USEA is part-funded by the US government and brings together energy companies from across the country, providing them with a voice in Washington.

He said access to electricity in Africa – whatever the source – should be seen as a basic right. “Schools with lights and computers, hospitals with operating theatres and X-ray machines, factories where people can get work.”

But he said it was also a security issue. “Desperate young people, on the same social media as kids in New York or London, and watching the same TV shows, feel left out, excluded, because they have no jobs.

“These are the recruiting fields for terror and militia groups and for people traffickers who too often carry exiles to their death, or for sale as forced labour.”

Without electricity, he said, any country would “struggle to industrialise and to provide jobs and a better life for their people.”

The use of coal in Africa and Asia stands at a record high and a number of environmental groups have called for a move to wind and solar to counter the effect on climate change. 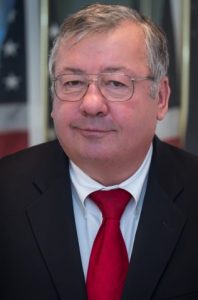 Mr Worthington said he supported the use of renewables but “you must have baseload power to start with, and the technology of wind and solar is not there yet as a baseload resource.”

The US and other developed countries, he said, “should not behave like some colonial overlord dictating to others on how they use coal, especially in Asia and Africa where it is cheap and plentiful.”

But he said there was an urgent need to develop cleaner ways of burning fossil fuels “in those countries who are going to do it anyway”.

His comments were supported by former White House energy advisor, George David Banks, who in 2017 represented the US at the United Nations summit on global warming.

Although Mr Banks is seen as close to president Donald Trump and the administration, he believes the US should rejoin the Paris Accord on climate change. Last year, Mr Trump announced his intent to withdraw his country from the deal, saying it was flawed.

In his 2016 election campaign, he promised to revitalise the US coal industry while Hillary Clinton threatened to shut it down. Support from coal-mining states helped secure a Trump victory.

“I believe we can better protect our interests by being at the table on the Paris Accord,” Mr Banks said.

“Not everyone in the White House agrees on that, but I would add the rider that this $100bn bundle of money rich countries are meant to stump up for poorer nations is not going to happen. I doubt the US will further pay into it and I haven’t seen anyone else writing a cheque.”

Mr Banks said he would rather see a transfer of clean technology for fossil fuels from the US and other leaders in the field “to developing nations who have no choice but to burn coal or gas and who really need to be doing that a lot cleaner”.

He agreed with Worthington that access to electricity was now seen by Washington as part of the war on terror.

“People who have never known a day without electricity in their homes want to lecture poor countries where up to 80 per cent of the population is not on the grid,” he said.

“I am passionate about the environment and I believe in the science on climate change, but I also see electricity as a human need, and if Bangladesh or Tanzania must use coal or other fossil fuels, then let’s help them reduce the emissions.”

At an oil summit in Cape Town last October, US energy secretary Rick Perry suggested that coal-dependant countries form an alliance to share the new clean technology that has been pioneered in Australia, India, South Africa and the United States.

Barry Worthington said he supported the idea and he and Banks have spoken on the concept.

But Mr Banks said the US should develop a true partnership with the developing world. “When it comes to energy and climate policy, poorer countries are much more aligned with the Trump Administration than they are with the anti-coal bloc being pushed by Britain, France, and Canada.”

Kenya is building its first coal-fired power station at Lamu on the coast while Tanzania already has a plant in production on the southern border with Mozambique. Between them, the two countries have more than five billion tons of coal in the ground.

Zimbabwe, South Africa and Botswana get a majority of their electricity from coal while use is growing in Bangladesh, Indonesia, the Philippines and Viet Nam. India, China, Australia and the US are among the world’s largest users of coal-fired electricity while natural gas is also on the rise.

“We can so easily move into denial on all this,” Mr Worthington said. “Global organisations like the UN, the IMF, even the European Union, sometimes relate to the world as they’d like it to be, rather than how things are on the ground.

“That kind of thinking doesn’t help anyone and it ignores the plight of billions who live in poverty made worse by a lack of power,” he said.

“If we in the US expect a certain quality of life including unlimited electricity at an affordable price, then that’s what everyone deserves, regardless of where they live.”