EFF leader Julius Malema says the South African public healthcare system was better under apartheid than it is under the ANC government. 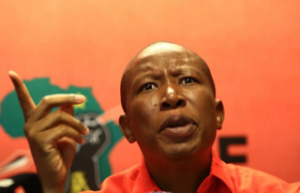 EFF leader Julius Malema says the South African public healthcare system was better under apartheid than it is under the ANC government.

Malema has promised that the EFF will expose a national health crisis.

Health minister Aaron Motsoaledi refuted these claims and said while hospitals were overburdened, conditions in hospitals were better than in apartheid.

Leader of the Economic Freedom Fighters (EFF) Julius Malema has lashed out at the South African healthcare system and said the system was currently worse under ANC rule than it had been under apartheid.

“The EFF in my ward, marched day in and out to demand that that clinic must be opened and then when we say to you apartheid was better than these people, you think we are exaggerating. Malema told reporters about a clinic which was built in the apartheid era which had now been closed.

Briefly.co.za gathered that current Health Minister Aaron Motsoaledi has hit back at Malema’s claim. Motsoaledi admitted that hospitals and clinics were overburdened, but said conditions in these facilities had improved from apartheid.

Malema said Motsoaledi was charming and journalist liked him because he always answered their questions in person, he said the EFF wanted a health minister who worked in hospitals not in a cosy office.

The EFF leader said his party would be visiting hospitals and clinics across the country to determine whether staff are skilled and patients receive adequate treatment and medication.

The party also promised to establish a public healthcare office, which would deal with complaints from members of the public within 48 hours.

“We shall expose all public health institutions that are in a bad condition. We shall name and shame nurses, doctors and all health practitioners who are involved in negligence, corruption and humiliation of our people. We have established an email address and call on all who have information on public healthcare challenges to make use of it,” said Malema.