A Zanu-PF official says the army is not in a position to let the opposition win the upcoming general elections in Zimbabwe. 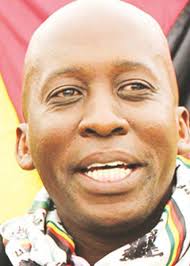 Deputy finance minister and Harare East legislator Terence Mukupe told Zanu-PF members at a party meeting in Harare that Nelson Chamisa of the MDC Alliance – arguably president Emmerson Mnangagwa’s most visible challenger – was too young for the task.

“How can we say‚ honestly‚ the soldiers took the country‚ practically snatched it from Mugabe‚ to come and hand it over to Chamisa? This country‚ where it is now and where it is coming from‚ needs a grown-up‚” he said.

Chamisa‚ 40‚ controversially took over the leadership of the MDC-T when veteran party leader Morgan Tsvangirai passed on in February 2018 after illness. He is locked in a battle of legitimacy with Thokozani Khupe‚ who has since formed a breakaway MDC party.

With statistics from the voters roll indicating that around 60 percent of registered voters are in the 40 years of age demographic‚ analysts have been predicting that the youth could carry a swing vote against Zanu-PF‚ whose presidential candidate is 75 years old.

Deputy minister Mukupe‚ in the same age bracket as Chamisa‚ declared that a young president will not be tolerated. “I don’t think that I am mature enough to be given the country to run and all the soldiers in this country salute me saying ‘the commander in chief is here’‚” he added.

Vice-president Kembo Mohadi last week denied that Zanu-PF was being led by the army and that it would stay on if the party loses the watershed elections. But it is Mukupe’s statement that has been worrying civic society and the opposition for some time now.

Speaking at a policy dialogue meeting‚ Ibbo Mandaza last week warned that an upset for the army could mean the military could once more take matters into their owns hands like they did in November 2017. “We believe that we need a contingency plan because the possibility of some mad soldiers trying to take the law into their own hands is real‚” he said.

Meanwhile‚ there have been calls for servers of the national registry to be moved away from the country’s army headquarters‚ the Josiah Magama Tongogara barracks [formerly KG6]‚ because of strong fears of voters roll manipulation.

In 2008 the military stepped in to the rescue of Robert Mugabe when he was forced into an election run-off with Morgan Tsvangirai. The two leaders would later form an inclusive government but Tsvangirai was sidelined from most security briefings.