In this emotive open letter to Dear Zambia, Jera reflects on past and present relations between the two southern African countries. 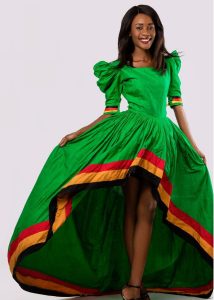 For Zimbabweans who saw the 80s and 90s, their most vivid memories are of playing Pacman and Space Invaders at the video arcade and gathering around the black and white television set to watch Mukadota Family and Ezomgido. They reminisce on the struggle to get all six colours of the Rubik’s cube. I, however, remember when your babies used to sneak into our home, searching for morsels of bread and sadza, just so they could survive Kenneth Kaunda’s inflation. Kaunda of course provided fodder for every Zimbo comedian. We knew him as the senile old man who had banned the use of the word “president” to describe anybody other than himself. I had the enviable distinction of being Interact club president then, at a school where all club leaders used the title “chairperson.” Because I was the sole “president” in a school of over 600 boys, my friends and I joked that I was a little Kenneth Kaunda.  Of course, my presidency was not as autocratic as that of the man who named the country’s football team after himself – remember the KK 1st Eleven. It is no wonder that Kaunda’s initials are only one letter away from “kkk” – WhatsApp speak for laughter.

Life was great for us in Zimbabwe then. We were newly independent – Africa’s youngest nation. Our Prime Minister wowed Maggy Thatcher, speaking poshly about beating his Kalashnikov rifle into plough shares. They loved his graceful wife Sally – dear Zambia, we have the same sense of humour, you and I and I know you see what I just did with “graceful”. We don’t only share the same funny bone, but we also have the same history of servitude to Britain, singing “God save the King” and splitting a river, a dam and waterfalls between us. A smart aleck once said “if Africa was a bar, Zambia and Zimbabwe would be the two guys fighting over a white girl named Victoria.”

Despite this history between you and my mother Zimbabwe, I was arrogant and insulting to your children who came foraging for food in our backyard. I went to school with Peter Mwanza. But nobody ever called him by his given name because “Peter Poacher” rolled off our xenophobic tongues. That was the name we gave him on the school playground. This is when our newspapers told us tall tales of Zambians crawling under the border fence to butcher elephants and rhino for ivory. These are the same newspapers that failed to see even one of the 60,000 women raped by our own soldiers, these are the same pressmen who looked away as our protectors killed 20,000 people in the southern parts of Zimbabwe. Now that we are older and wiser, we know that the people who kill rhino and elephants also killed democracy on November 18th 2017. They have an insatiable greed for Rolex watches, for skin bleaching creams and eternal power, even though none among us is promised Methuselah’s 969 years, let alone eternal life.

Apart from the poacher jokes, we mocked the fall of your currency. We heard and retold stories – with embellishment – of people in Lusaka carrying money in bags just to buy a loaf of bread. We cackled like the hyenas that populate the Zambezi valley, when anyone mentioned Kaunda, the man who ruled for 27 agonising years. I guess, back then, we were guided, or misguided, by that all too familiar human notion – “it could never happen to me!” But Karma is a postman and he has everyone’s address. He delivered into our mailbox hyper inflation and a mad dictator who not only equalled KK’s long reign but surpassed it by a further decade. And to you, Karma gave the best of our farmers, after the mad dictator took their land in 2000. The result was 18 years of hunger for us and pregnant silos for you.
A smart aleck once said, “when you eat cake, never forget those who broke bread with you.” Dear Zambia, you sheltered our leaders in their time of need; Joshua Nkomo, Herbert Chitepo, Robert Mugabe and Emmerson Mnangagwa who now wanders around looking for money with a scarf around his neck in scorching temperatures. You graciously remained silent as we claimed many of the successful children that had suckled on your bosom, Rozalla Miller a case in point. Perhaps you understood, more than we did, that the lines drawn by white men at a convention in Europe should not limit our humanity – ubuntu. Perhaps, each time Rozalla is mentioned as Zimbabwean, you chuckle, knowing that everybody is free to feel good, even if they lie.

Dear Zambia, I am not only writing to apologize for all the “poacher” jibes but I am also composing this message to say thank you.

Wonderful, beautiful Zambia, you have no idea how difficult life is in Zimbabwe. When people ask me what I do for a living, I tell them what I used to do, rather than my present occupation. That is the life of most Zimbabweans; our past is more beautiful than our present.

“Oh me? I used to work at the factory before it shut down.”

“I was an office manager, back when there were offices to manage.”

Our lives are spent in long, winding queues, Dear Zambia. There is the petrol queue, the job application queue, the bank queue, being the most popular of all. I know men and women who met, mated and multiplied, thanks to meeting in the line for cash withdrawals. There is also the Western Union and Mukuru queues where we wait our turn for the Pounds and Rands sent from our brothers, sisters, sons and daughters who fled the ruined house of stone. And when we finally have the £100 or R800 sent from England or South Africa, we find our way to the grocery store where a kilogram of cornflakes can set you back$9 – even though the same cereal box is $3 in Lusaka.

NOT for the fainthearted – prices in Zimbabwean supermarkets (USD)

Thank you Dear Zambia. Despite all the poacher-calling of our arrogant past, you hosted my friend Sharon for a day during her business trip. Sharon is an example of Zimbabwean women doing her best to keep her nose above water in a raging storm. She makes organic  skin care and beauty products. Which is partly amazing and partly hilarious because our brothers and sisters who flee the country – as your children used to do in the 80s – are infamous throughout the Sadc region for their sweaty odour. Of course they are sweaty, because they are working hard! Dear Zambia, do you know that a stick of Shield roll-on deodorant costs $3 in Harare yet the Lusakans pay $1 for the same sweet smell of Unilever? Other than the cost of Shield roll-on, did you know that the cost of taking a bath is frightening in Zimbabwe? First you have to lug buckets of water home from a communal borehole – because the taps either spew slimy green liquid or air bubbles. And then you have to light a fire outside because electricity shortages make the use of geysers as wasteful as feeding caviar to feral dogs. Then there is the cost of soap – almost $10 for a bottle of Radox body wash that is priced at $3 in Lusaka. Quite frankly, my dear Zambia, If the rest of Sadc knew our struggle, they would simply pinch their noses and smile pitifully as we walk past them.

Sharon brought me two bags of groceries which include a $5 bottle of bubble bath. I have been misconstrued as a vainglorious man seeking needless comforts during these austere times, with my attachment to imported soaps. But you see Zambia, sometimes what seems a luxury is in fact necessity. Do you know that the government has completely failed to supply us with clean running water and that we have resorted to digging wells and sinking boreholes in every backyard? And that the water is chalky, creating soap scum that adhere to the skin. The only solution is liquid soaps.  Despite the hardships, I continue to smile. But it is difficult to smile through plaquey teeth. A tube of Aquafresh is $2 – American dollars not Naira – and Sharon bought me toothpaste for just 70 cents in Lusaka. Thank you, my Dear Zambia. In my shopping bags, Sharon dropped one luxury item: flavoured tea.  Most of my countrymen grew upon plain tea. You can understand that I have experienced an orgasm of the tongue after my first cup of Rooibos cranberry tea. In the east of Zimbabwe, where Mozambicans once flocked to work on the farms, we have a fairly decent tea industry which produces our local Tanganda. But the tea merchants, in their wisdom, believe us to possess unsophisticated tongues which do not desire the taste of vanilla or strawberry teas. So thank you, dear Zambia.

The only grievance with Sharon’s visit is that my parting instruction to her was “please bring me a Zambian honey”. I had hoped that she would return with Maria Zileni Zaloumis – the Zed Farmer – instead she brought a bottle of Zambian honey.

What happened to Zimbabwe can happen to any other African country. After all, we are run by the same club of “liberation heroes” who believe that we owe them something. My ancestors are from Great Zimbabwe, the once revered ancient capital. Today we are merely a nation bereft of capital. It is for this reason that I shake my head in despair when I read stories of black-on-black hatred in Africa.

Things are looking up for Rwanda

I am also aware of great success stories that are ongoing in countries such as Botswana and Rwanda. Presient Paul Kagame’s country was up to its neck in the blood of civil war, not long ago. But Rwanda has become the belle of the African ball whose beauty is encapsulated by its first daughter, Ange Kagame. And for that reason, I am hopeful of a brighter future.

On behalf of Zimbabwe, I apologize to you, dear Zambia. Happy Africa Day