Today I leave for the UK to join MDC Alliance Presidential candidate Nelson Chamisa and Tendai Biti for a series of meetings this week with British Government leaders, opposition leaders and officials. We will also be meeting journalists from the Economist, Financial Times, Spectator, Evening Standard and other leading British newspapers. Nelson Chamisa will also be speaking at Oxford University and Chatham House. 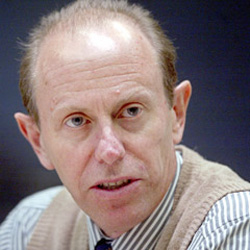 It is a great honour for me to have been invited to join Nelson Chamisa on this trip. I am absolutely delighted that once again I am working with my old comrades who have been in the trenches with me since the MDC was formed on the 11th September 1999. In fact the MDC Alliance is in essence the resurrection of the original MDC – read up on the original interim leadership and you will see what I mean.

The main purpose of the week will be to promote British investment in Zimbabwe in a new era under an MDC Alliance government. We will explain that the fundamental difference between the MDC Alliance and ZANU PF is that we, unlike ZANU PF, will implement Zimbabwe’s new Constitution in full – in letter and spirit – and that we will respect the rule of law.

For all ZANU PF’s rhetoric about Zimbabwe being “open for business” the one thing they have never learnt in 38 years of misrule is that the single most important factor in any investor’s decision to invest in a foreign country is security of the investment. If an investor feels that the rules will change, or that a dispute will come before a biased, political judge, or that permits will have to be obtained through bribery, the investor will simply look elsewhere. That is why just this week SA President Cyril Ramaphosa at the Africa/Japan Investment summit, stressed that South Africa’s judiciary is independent and that his Government totally respects South Africa’s Constitution. He gets it.

Sadly ZANU PF doesn’t – including President Mnangagwa’s government. This is not just about ZANU PF under Robert Mugabe. Since Emmerson Mnangagwa came to power in November the Constitution has been systematically breached – General Chiwenga’s appointment as VP and being in charge of Defence is unconstitutional, as are the appointment of Resident Ministers, the failure to open up the ZBC, Herald and Chronicle and a raft of other actions. Our judiciary remains seriously compromised – and rather than implement the Constitution it is none other than President Mnangagwa who in recent times tried to amend the Constitution to further undermine the independence of the judiciary, by reducing the powers of the Judicial Services Commission in selecting the Chief Justice.

In contrast the MDC Alliance, which after all has been the main driver of the new Constitution agreed to by Zimbabweans in 2013, will respect and implement the Constitution in all its fullness. And that is the one fundamental difference between the MDC Alliance and not just ZANU PF, but all the other major parties contesting the election. Without Morgan Tsvangirai, Nelson Chamisa, Jessie Fungayi Majome Tendai Biti, Welshman Ncube, Douglas Mwonzora and many other MDC leaders there would never have been a new democratic Constitution. That is a hard fact.

So we will be telling the British Government and investors that British investment will be secure under an MDC Alliance government. We will also remind them that when the MDC had just a small amount of influence in government between 2009 and 2013 the economy grew dramatically, hospitals reopened, children went back to school and a new democratic Constitution was written and accepted by millions of Zimbabweans.

In other words these are not empty promises, or mere rhetoric – we have a demonstrable track record. If we grasp the full reigns of government Zimbabwe will boom.