PLUMTREE-The Zimbabwe Republic Police (ZRP) is set to pay thousands of dollars after some of its members shot a woman travelling with several other passengers in a commuter omnibus. 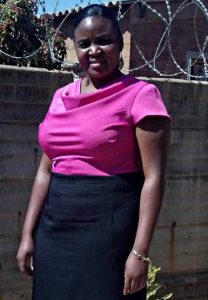 Zimbabwe Lawyers for Human Rights (ZLHR) intervened in the matter to assist the passenger, Constance Tshuma, get compensation from ZRP. ZRP’s brutal tactics in the on-going war with commuter omnibuses has often left civilians who rely on public transport as collateral damage.

As part of its anti-impunity campaign, ZLHR assisted Tshuma get more than $4 000 in compensation for injuries and the disfigurement she suffered after some negligent ZRP officers shot at the commuter omnibus in which she was travelling from Plumtree to Bulawayo in 2014.
Lizwe Jamela and Shepherd Chamunorwa of ZLHR represented Tshuma.

In summons filed at Plumtree Magistrates Court by her lawyers, Tshuma said she was caught up in the wars between police officers and commuter omnibus drivers when she was hit by a bullet after some law enforcement agents fired ostensibly to force the driver of a commuter omnibus she was travelling in to stop.

Tshuma was on her way from Botswana in October 2014 when police officers operating in the Marula area near Plumtree pounced. Police officers alleged that the driver of the commuter omnibus, Mbonisi Mpofu had tried to avoid a police roadblock supervised by a police officer only identified as Assistant Inspector Christmas.

In a judgment handed down on March 29, Magistrate Taurai Manuwere ordered Mpofu, the Officer in Charge of Plumtree Police Station, ZRP Commissioner General Matanga and Home Affairs Minister Mpofu to pay $2 000 to Tshuma for pain and suffering. In addition, Tshuma will receive $1 098 in damages for hospital and medical expenses and $1 000 as damages for the disfigurement.

Magistrate Manuwere ruled that ZRP’s conduct was not reasonably justified, noting that there existed other avenues to nab the commuter omnibus driver. Such alternatives included requesting for reinforcement from Plumtree Police Station, if indeed the driver had in turned his vehicle and drove back towards Plumtree as alleged.