The Institute for Security Studies (ISS) says the recently held Zanu-PF primary elections would likely have no major impact on the forthcoming general polls expected before the end of August. 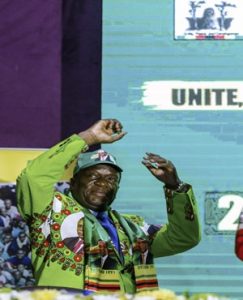 The elections held over several days last week were marred by some chaotic scenes, mainly due to the late delivery of ballot papers and the absence of some candidates’ names on the voting papers. There were also allegations of vote-rigging and intimidation in some areas.

But, in an interview with News24, ISS senior researcher, Derek Matyszak said he believed that the internal Zanu-PF votes would have no influence on the upcoming general polls.

Matyszak said, however, that this did not mean the forthcoming polls would be free and fair as they were many challenges that the electoral body was facing.

“No. You cannot judge what would happen in the forthcoming election on the Zanu-PF preliminaries. The primaries are always marred by some kind of problems. It’s not something that was out of the ordinary.

“I think the main problem was that they were all too familiar with what kind of tactics were being used to steal votes, hence the violence,” said Matysza.

He said that the Zimbabwe Electoral Commission (ZEC) had a much bigger capacity to hold elections and, therefore, no major problems were foreseeable.

“I do not foresee any major problems in the delivery of ballot papers. But it does not mean the elections would be free and fair, they are many problems facing the Zec,” said Matyszak.

The Zimbabwe electoral body recently declared its readiness to hold a free and fair vote.

According to the state-owned Herald newspaper, ZEC chairperson Priscilla Chigumba said that the electoral body was “well on course with its election roadmap” and was in the process of tying up a few remaining problems that included the procuring of election materials.

She said that the electoral body was now clearing the voters roll and was also the training of those who would train voter educators.