A ZIMBABWEAN Court has set free Remnant Pentecostal Church leader Pastor Patrick Mugadza after acquitting him on charges of criminal nuisance following a protest he staged in November 2016, where he tied himself to some steel rails while demonstrating against President Robert Mugabe’s administration. 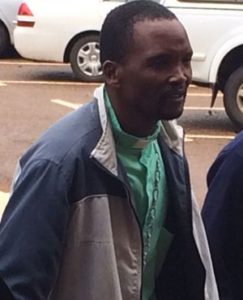 Pastor Mugadza, who had been on trial since last year, was arrested on 22 November 2016 and
charged with criminal nuisance as defined in section 46 of the Criminal Law (Codification and Reform)
Act Chapter 9:23 after he had chained and padlocked himself onto some fencing rails at Africa
Unity Square in Harare while staging an anti-government protest.

During trial, prosecutors charged that Pastor Mugadza made noise by uttering the words; “I am in
bondage in my own country whilst you are seated,” during his one man protest, thereby causing
unnecessary annoyance to members of the public and to some employees who work at Parliament
Building, which is located near Africa Unity Square.

But the clergyman, who was represented by Gift Mtisi and Kuzivakwashe Ngodza of Zimbabwe
Lawyers for Human Rights, was set free on Friday 18 May 2018 by Magistrate Blessing Murwisi, who
found him not guilty and acquitted him after ruling that the state failed to prove its case beyond any
reasonable doubt.

Magistrate Murwisi also ruled that the state failed to present independent witnesses to corroborate the
evidence of the three witnesses, who are all police officers and who testified during Pastor Mugadza’s
trial.