The Harare High Court has lifted a ban by the central bank which barred all banks and financial institutions from offering services to cryptocurrency exchanges. 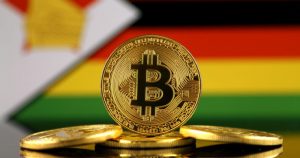 The Reserve Bank of Zimbabwe (RBZ) failed to appear for court proceedings in a case in which Zimbabwe crypto exchange, Golix is seeking reversal of the central bank’s directive that it stop virtual currency trading in the country.

Golix had applied to the High Court seeking that it reverse the ban instituted by the central bank this month. The RBZ had also banned banks from processing transactions involving crypto-currency trades.

He said a statement would follow. However, it has emerged that the Reserve Bank of Zimbabwe officials, including the governor, John Mangudya, did not turn up for court proceedings. This prompted the High Court in Harare to issue a default ruling that essentially lifted the Zimbabwean central bank’s ban.

“We are hoping that we can immediately go back to doing business and processing the order book,” said an official.

Golix had stopped the order book on Thursday as it sought to deal with the disruption to its operations after the central bank ban, the exchange said in a notice to members Thursday morning.

A Relief to Crypto Traders

The news brought relief to bitcoin and other crypto traders and investors in Zimbabwe who were now unable to trade on an exchange platform. Golix runs an online crypto exchange platform as a well as a bitcoin ATM in central Harare.

“Where is the party,” proclaimed one trader on Telegram as news of the lifting of the ban spread. “RBZ ban on cryptos lifted by the High Court. Administrative justice is alive and well in this jurisdiction. Section 68 of the Constitution is our best friend,” tweeted lawyer, Fadzai Mahere.

In its application against the central bank’s move, Golix said “the ban in effect outlaws and classifies as illegal Applicant’s operations”.

“The Respondents are in fact purporting to classify the trade in cryptocurrency as illegal,” it added.

Respondents were cited as the Reserve Bank of Zimbabwe and central bank governor, John Mangudya.

Golix further argues in its court application that the decision taken by the central bank to ban it from cryptocurrency trading in the country amounts to “lawmaking, a function that belongs to the legislature” and not the central bank.

After banning banks from processing cryptocurrency transactions in the country, the central bank of Zimbabwe subsequently wrote to Golix last week, ordering it to shut down its operations.

“All cryptocurrency exchange houses operating in the country, including Bitfinance (Private) Limited (also known as Golix), are required to cease all virtual currency exchange operations,” wrote Norman Mataruke, the central bank’s registrar of banking in a letter to Golix dated May 15.

Mataruke also directed that cryptocurrency exchange platforms in Zimbabwe were “required to take all the necessary steps to close the cryptocurrency accounts or ‘wallets’ of your customers and to make good any funds currently held on behalf of customers” trading and investing virtual currencies.